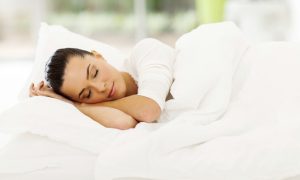 Can We Unlearn Social Biases While We Sleep?
0
Share Now
TelegramFacebookTweetEmailTellMeWeReddit
Copy Link 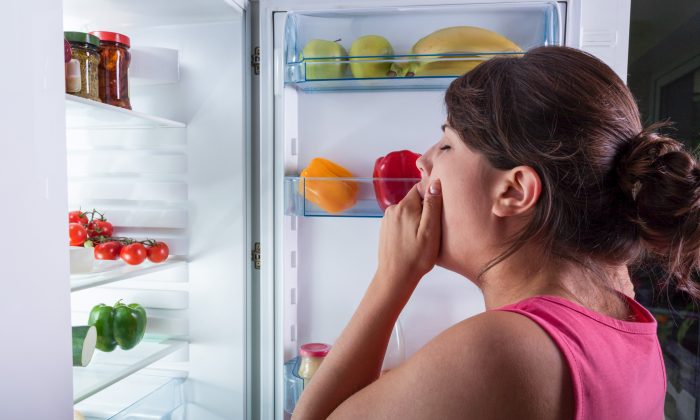 Experts urge adults to get between seven and nine hours of sleep a night. Children and teens may need as much as 10 hours. But for many, recommendations don’t reflect reality. A recent Gallop poll finds that 42 percent of Americans get less than seven hours a night.

According to the Centers for Disease Control (CDC), insufficient sleep is a public health epidemic. The CDC links sleep loss to a rise in driving accidents, industrial disasters, and medical error. Science suggests a lack of sleep may also contribute to another public health epidemic: obesity.

The emerging picture of sleep research suggests that a lack of sleep may cause weight gain. One reason is less physical activity. Sleep loss leaves us lethargic during the day, with no energy left to exercise.

Studies also find that sleep loss leads to poor decision making, a lack of impulse control, and an increased desire for simple carbohydrates and salt. This means we’re more likely to crave junk food and, to make up for our loss of energy, eat more of it.

The problem only gets worse as we get older. According to Dr. Aneesa Das, a sleep specialist at Ohio State University’s Wexner Medical Center, chronic sleep loss fuels a vicious downward spiral.

Anatomy of an Epidemic

We live in a world of worries and responsibilities that our ancestors could not have related to, with an unprecedented array of stimulation they could never have imagined. It’s no wonder we can’t sleep, but the most popular strategies to fix it only mask the problem, and may even make it worse.

One common method for insomnia is alcohol, something sleep experts advise to avoid at least two to three hours before going to bed. True, booze makes you tired, but it also hurts sleep quality, because you wake up more frequently during the second half of your sleep cycle.

In regard to America’s favorite sleep loss strategy—caffeine—Das advises restraint. A small, occasional dose is fine for most people when the day demands it, but caffeine fails as a long-term remedy for chronic sleep loss.

“The key thing to remember is that caffeine is a Band-Aid. It can temporarily stimulate you, but it’s not actually treating sleep deprivation. It’s just covering it up,” she said. “It’s okay to use occasionally but if you use it long term as your replacement for sleep you’re going to continue to suffer the effects of sleep deprivation.”

Caffeine has long been a favorite of the weary, but an increasing number of Americans are now turning to pills to treat their sleep loss.

Das refers to a recent epidemiological study examining American sleep diagnosis and treatment, which shows “striking increases” in the number of doctor’s visits for sleep related problems over the past decade. The preferred fix by far was more drugs. From 1999 to 2010, researchers charted a 430 percent rise in prescriptions of sleep medication.

While doctors have backed away from using benzodiazepines for insomnia due to their propensity for abuse, the new prescription model tilts heavily toward hypnotics, a class of drugs which includes Lunesta and Ambien. The last decade saw prescriptions for hypnotics increase about 350 percent.

For severe insomnia cases, hypnotics can be helpful, but many develop dependence. Common side effects include daytime drowsiness, headaches, and nausea. In some cases, hypnotics may also lead to sleepwalking; even sleep driving.

Although they are widely prescribed, according to Das, drugs are not a long-term fix.

“We’re relying more on medication rather than fixing our problems,” she said. “Insomnia is usually secondary to something, it’s rarely primary. At the sleep clinic we typically use a sleep aid in combination with other therapies. If we use it, it’s used as a bridge as we’re sorting out other things.”

The only real solution to sleep loss is more sleep. So how do we get it?

Instead of pills, Das recommends that her patients develop skills to relax the body and calm the mind. She suggests cognitive behavior therapy for insomnia (CBTi)—which involves tensing and releasing muscles throughout the body—and guided imagery techniques to quiet brain chatter.

Regular exercise is a must for ensuring good sleep, and so is a regular sleep schedule. Aim to fall asleep and wake up at the same time each day, weekends included. For those plagued by worries and concerns, Das recommends that her patients keep a list so their minds can let it go.

“If as they’re falling asleep they think of something else they can add it to their list so that every time that thought enters their head they just tell themselves, ‘it’s on my list, I can’t deal with it today, I’ll deal with it tomorrow,”‘ she said.

Another essential factor for good rest is an environment designed for sleep. Create a sleep space that is cool, dark, and quiet.

Make sure your bedroom is a place you associate with sleep, not with sleepless nights. If you lie awake for more than 20 minutes, leave the bedroom to do a quiet activity until you feel drowsy.

Naps are fine (unless you suffer from chronic insomnia), but use them sparingly. A brief nap (less than 20 minutes) can be helpful for improving your short-term energy and alertness. Keeping your nap under 20 minutes is important because it’s less likely to interfere with nighttime sleep, and less likely to cause sleep inertia—the deeper stages of sleep that can be harder to wake up out of.

In a world of endless distractions and responsibilities sleep can often be elusive, but if we make it a priority most of us can train ourselves to get more. Das said when it comes to bedtime, adults should hold themselves to the same sleep habits they make for their children.

“With my children we have a very specific routine. We take a shower, we put on our PJs, we read a book, and we go to bed,” she said. “If we stick with that routine it’s very easy for them to fall asleep. But if we change the routine up, their self-sense of triggering sleep is off and it’s much harder for them fall asleep.”