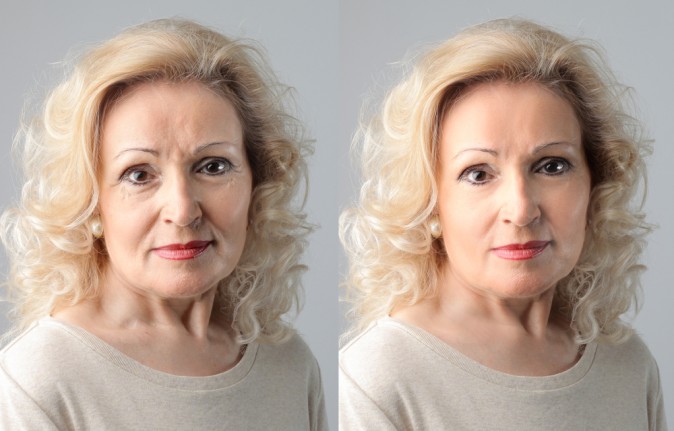 Dramatic reversal of skin aging has been seen in smokers who stopped for at least nine months.  This does not mean, however, non-smokers will not also experience similar improvements by eliminating avoidable chemical exposures, detoxifying, as well as changing their diet to include longevity-promoting nutrients and phytocompounds, such as blueberry, zinc, and chocolate. In fact, a wide range of natural substances have been studied to contribute to restoring  youthfulness, elasticity and health to the skin, as you shall soon see.

First, let’s take a closer look at what happens to your skin when you stop smoking….

In a study published in the journal Skinmed in 2010, titled “”Quitting smoking rejuvenates the skin”: results of a pilot project on smoking cessation conducted in Milan, Italy,” researchers evaluated the benefits on the skin obtained by cessation of smoking in a sample of 64 Italian women who smoke, and who, over a period of 9 months, were followed by a team of dermatologists, psychologists and nutritionists.

Each participant was given a clinical score to measure each of several criteria of skin health and appearance.  Participants’ skin was assessed on the basis of presence of  lines, vascular and pigmentation state, elasticity, brightness, and texture.

If simply stopping smoking is responsible for reversing the aging process by as much 13 years, can you imagine what removing fluoride, high fructose corn syrup, hydrogenated oil, and thousands of other chemical exposures would do to your skin, and bodily health in general?

A number of clinical studies have been performed in order to ascertain the value of natural compounds in improving signs of aging, including the following:

Only the Tip of the ‘Anti-Aging’ Iceberg…

Of course, there are many things that will help to improve skin quality and the appearance of youthfulness that have not yet been officially vetted through human clinical trials, and probably never will, due to the amount of time, effort and prohibitive quantities of money that it takes to do such research.  There is, however, a sizable body of preclinical research – much of which we have accumulated on our database – on other natural compounds that appear to promote longevity. Those concerning skin, in particular, can be viewed here: Preventing Skin Aging, and now include over 80 natural substances.

*Images of “woman”  and “powder” via Shutterstock