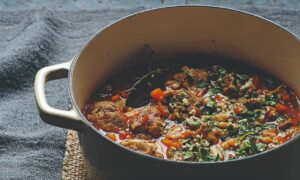 4 Easy One-Pot, Pantry-Friendly Recipes to Nourish You and Your Family
0 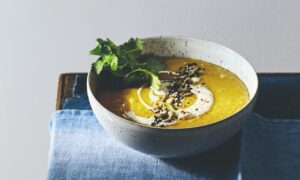 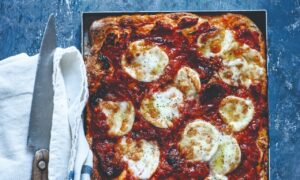 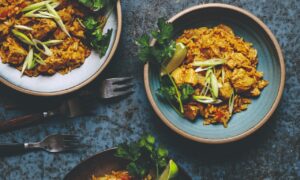 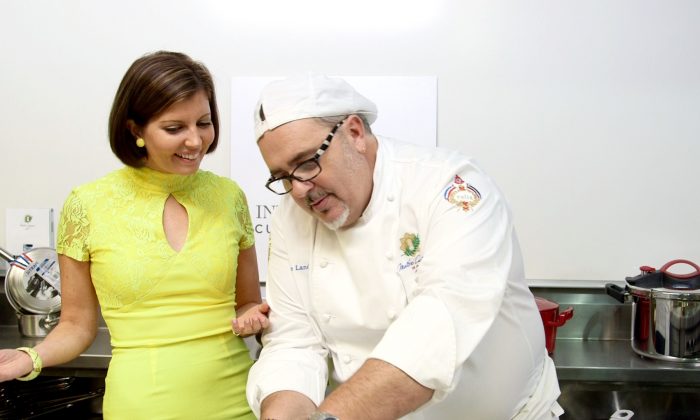 Years of Experience With French Cuisine: 36

Ms. Eschapasse: Why did you choose to become a chef?
Mr. Landet: I was always in the kitchen with my mother.

Ms. Eschapasse: If a close friend were to describe your cooking, what would they say?
Mr. Landet: Traditional, generous, love.

Ms. Eschapasse: If you weren’t a chef, what would you be?
Mr. Landet: I would be a farmer.

Ms. Eschapasse: Who would you consider to be your greatest culinary influence?
Mr. Landet: Marcelin Pujol, Jacques Chibois, Jean-Pierre Georges.

Ms. Eschapasse: How would you define French cuisine?
Mr. Landet: I would describe it as one of the best in the world. As simple as that!

Ms. Eschapasse: Of France’s many regional cuisines, which do you prefer to cook and why?
Mr. Landet: [That of the] southwest of France, because of my childhood.

Ms. Eschapasse: Tell us more about the recipe you chose.
Mr. Landet: It’s a very nice recipe that has influences from two beautiful regions, the southwest and the southeast of France.

Ms. Eschapasse: What’s your advice to people who would like to improve their cooking skills or learn to cook?
Mr. Landet: Do not be scared, and try to cook as much as possible. Take your time, and invite your friends to taste what you cook.

You can watch Pierre Landet demonstrate the full recipe on “Celebrity Taste Makers” on Saturday, March 4 at 6 p.m. on Pix11.

For the Duck Stock

For the Duck Jus

To Prepare the Dough

Note: The dough is better if made the day before.

Mix all the ingredients until smooth. Wrap it in plastic wrap and put it in the fridge.

To Prepare the Stuffing

Add the basil, Noilly Prat, and heavy cream. Reduce to almost “dry” and pour into a clean pan to cool down.

When cool, put the ricotta and the Swiss chard mix into a food processor and process until it becomes a smooth paste.

To Prepare the Duck Stock

Sauté the duck bones. Add the onion, garlic, celery, bay leaf, and thyme, and cover with water. Let cook over a low flame for approximately 2 hours.

To Prepare the Ravioli

Roll the dough out to about 1 mm in thickness. Cut your dough into ravioli, about 3 inches by 3 inches; or you can also cut the ravioli in any shape you prefer. Fill the ravioli with the stuffing. Striate the edges, brush with beaten egg, and close them. Cook the ravioli in boiling water for 5 minutes.

To Prepare the Duck Jus

Last thing before you plate and serve, reduce the duck stock for 1 to 2 minutes. Take the jus off the heat, and pour into plate. Add the butter, and season to taste. Add the cilantro, tomatoes, and the mushrooms, then the ravioli.

Grate some Parmesan atop the ravioli and drizzle with a little truffle oil.

Sibylle Eschapasse is from Paris and lives in New York City. In addition to working at the United Nations, she contributes to various publications and is the host of “Sibylle’s Top French Chefs,” a series being aired on “Celebrity Taste Makers.” She may be reached at sibylle.eschapasse@gmail.com