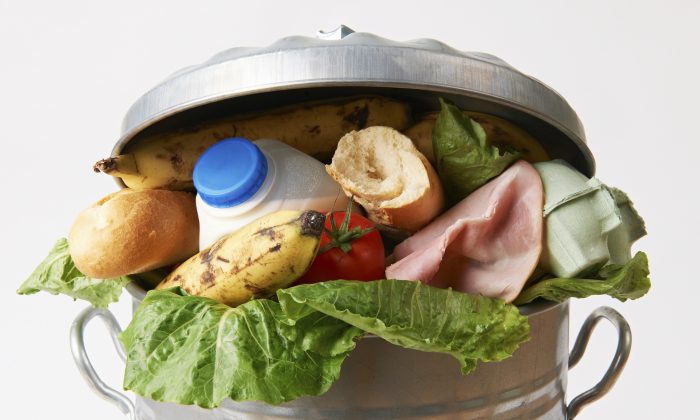 "Farm equipment used to feed and maintain livestock and plant and harvest crops uses a lot of diesel fuel and other utilities from fossil fuels," says Christine Costello. "When people waste meat, these fuels, as well as fertilizers, are also wasted." (U.S. Department of Agricure/(CC BY 2.0)
Life & Tradition

Approximately 31 percent of food produced in the United States, or 133 billion pounds of food worth $162 billion, went to waste in 2011, according to the United States Department of Agriculture (USDA).

This wasted energy is usually in the form of resources that can have negative impacts on the surrounding environment, such as diesel fuel or fertilizer being released into the environment.

“While many of us are concerned about food waste, we also need to consider the resources that are wasted when we throw away edible food,” says coauthor Christine Costello, assistant research professor at the University of Missouri College of Agriculture, Food and Natural Resources.

“Farm equipment used to feed and maintain livestock and plant and harvest crops uses a lot of diesel fuel and other utilities from fossil fuels. When people waste meat, these fuels, as well as fertilizers, are also wasted. Based on our study, we recommend that people and institutions be more conscious of not only the amount but the types of food being wasted.”

During the study, pre- and post-consumer food waste was collected from four all-you-care-to-eat dining facilities over three months in 2014. Costello and her research team created a detailed inventory of the specific types of food waste: meat, vegetables, or starches. The food waste also was categorized as either edible or inedible (peels and ends of fruits and vegetables).

Americans Are More Bothered With Leaving the Lights on Than Wasting Food, Study Says

Once the food waste was categorized, Costello and her research team analyzed greenhouse gas (GHG) emissions resulting from fertilizer use, vehicle transportation, and utility use on the farm. GHG emission estimates were measured from cradle (land preparation or animal birth) to farm gate (when the grain or animal was sent to a processing facility). Previous studies have shown that the majority of GHG emissions occur in the production stages prior to the farm products’ leaving the farm.

“Based on the findings, we recommend consumers pay special attention to avoiding waste when purchasing and preparing meat; if consumers choose to prepare extra food ‘just in case,’ they should use plant-based foods,” says coauthor Ronald G. McGarvey, assistant professor at the Harry S Truman School of Public Affairs and department of industrial and manufacturing systems engineering.

Costello and McGarvey recommend that future research should examine the effects of facilities that operate as all-you-care-to-eat versus those that operate à la carte at the consumer level. McGarvey and Esma Birisci, a doctoral student in industrial engineering, are developing techniques to improve production as well as ordering decisions to reduce food waste and corresponding GHG emissions.

The study appears in Renewable Agriculture and Food Systems. Funding came from the Richard Wallace Faculty Incentive Grant and the Mizzou Advantage Initiative.