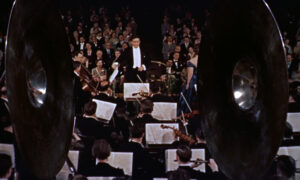 When Does 'Classic Film Music’ Become 'Classical Music,’ or Can It?
0
Share Now
TelegramFacebookTweetEmailTellMeWeReddit
Copy Link 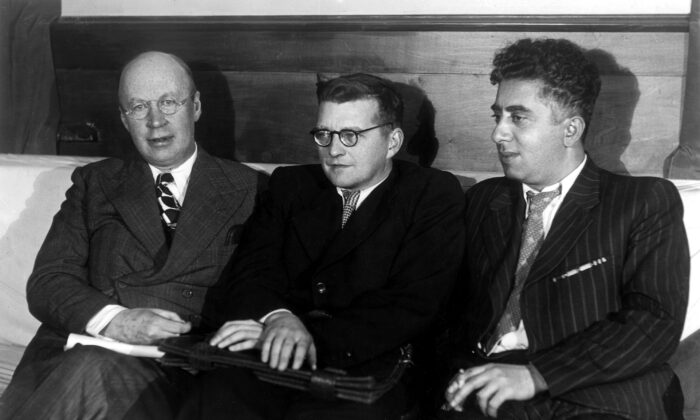 Shostakovich’s Fifth Symphony: Do You Hear What I Hear?

On Jan. 28, 1936, Soviet composer Dmitri Shostakovich picked up a copy of the newspaper Pravda and found that he had been labeled anathema to the USSR.

Shostakovich’s 1934 opera, “Lady Macbeth of the Mtsensk District,” was “cacophonous” and “an insult to Soviet women,” Pravda claimed. His ballet of the same year, “The Limpid Stream,” was “infected with cynicism.” If Comrade Shostakovich did not change his ways, the article concluded, “things could end badly.”

Shostakovich had been handed a public threat at the direction of Joseph Stalin. His capital crime: “formalism.” Of course, no one knew what constituted “formalism” anymore than anyone knew what made someone a “right-winger.” All that was known for certain was that a formalist was an artist disliked by Stalin, just as a right-winger was anybody Stalin wanted dead.

What followed constitutes one of the greatest controversies in the history of Western music. Shostakovich either acquiesced to Stalin’s demands, or he pulled off an artistic sleight of hand unparalleled in history.

The piece Shostakovich had originally planned as his next opus was a mammoth, complex sonic structure he called Symphony No. 4, a score that consciously turned away from socialist realism, the officially optimistic, quasi-heroic aesthetic of Stalin’s USSR.

The music of socialist realism was expected to be squarely optimistic for the future of the State, eschewing “negative” elements from the bourgeois past. By contrast, Shostakovich’s Symphony No. 4 was tumultuous, mercurial, and sardonic. After the Pravda article, Shostakovich thought it best to withdraw the work.

Rather than invite further attacks, he came up with a cunning way to deal with his demagogic critics. He would compose a symphony that had all the elements of socialist realism, thus avoiding the gulag. But such general terms as “optimism” and “heroism,” mainstays of the socialist realist aesthetic, were open to interpretation. In a musical work lacking words or visuals, the identity of a hero was not a given, and “optimism” has many shades of meaning.

Shostakovich would write a symphony seemingly aligned with socialist realism, but in actuality critical of it and of the Soviet Union itself. A tall order, but one within the capabilities of a young genius whose first symphony had put him on the musical map at age 19.

This, at least, was what Shostakovich accomplished according to many observers. But to mainstream Marxists, the work Shostakovich produced after his dressing-down from Pravda really was what it claimed to be on the official subtitle of the printed score: “A Soviet artist’s response to just criticism.”

The work at controversy is Shostakovich’s Symphony No. 5 in D minor, Op. 47. Listen and decide for yourself. The first movement opens Moderato with menacing, dotted-rhythm gestures in the strings countered by a plaintive theme from the first violins. The stage is set for a great struggle, which culminates in an Allegro non troppo dominated by aggressive writing and, ultimately, a sense of defeat.

The second movement is a scherzo of unbridled physical exuberance. It is the only truly “heroic” music of the piece, and yet … Are the scherzo’s militaristic rhythms and brass salvos truly heroic, or are they merely the strident exterior of heroism, a brilliant but vapid show of force?

And then, the emotional core of the symphony: a Largo of such deeply felt tragedy that members of the audience at the premiere in Leningrad, on Nov. 21, 1937, wept in open defiance of the Soviet edict that condemned tragedy as counterrevolutionary.

In his book “The New Shostakovich,” Ian McDonald writes: “The commonest reaction the Fifth seems to have called from contemporary Russian listeners was simple relief at hearing tragic emotion expressed during a time when genuine feeling was being systematically destroyed by the Terror.” Shostakovich composed the movement in the weeks following the execution of one of his teachers.

The finale, averred by Shostakovich in official statements attributed to him to represent the triumph of the optimistic socialist State over the Largo’s inexorable tragedy, was, ironically, precisely that. Only, consider: What has triumphed? The imposition of an impersonal ethos over the inner lives of individuals. Authentic feeling has been replaced by robotic “happiness.”

The official Soviet culture machine heard what it wanted to hear and proclaimed the symphony a masterpiece of socialist realism. Strangely, we can agree. For anyone with ears to hear, Shostakovich’s Symphony No. 5 expresses life under Stalin with hair-raising accuracy.