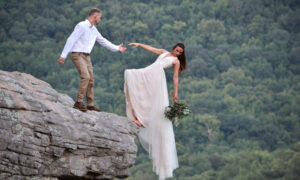 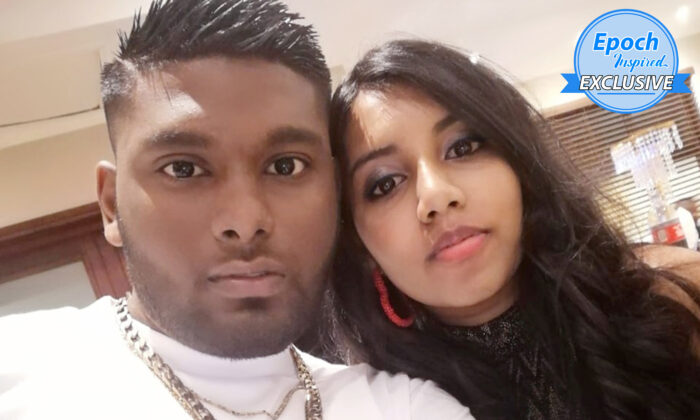 Girl Finds Photo of Dad Carrying Her at the Hospital, Spots Boyfriend’s Parents at the Back

A couple from South Africa, Kyle Desai and Allison Shunmugam have been together for over three years. Incredibly, they were both born via cesarean on the same day at the same hospital in Durban.

Allison entered the world at 10:50 a.m., and Kyle just one hour later.

The couple, both now 22, were raised in Chatsworth, though far apart. Both attended university in 2015 and now work as educator assistants. All of this they knew. But then a photograph surfaced from Kyle’s family archives to reveal the most extraordinary coincidence of all.

As infants, the two had been placed side by side in the same hospital room after being born.

It was more than just fate, Kyle asserts. God definitely had a hand in it.

“When my dad and I were going through our album and came across an old photo of him holding me in the hospital room, we looked closely at the picture, and he realized that Allison’s parents were in the background,” Kyle told The Epoch Times via email.

Shocked, the father and son called Allison’s family to share the news. “Everyone was so overwhelmed by the fact that we were all so close together and knew that it was truly only God,” said Kyle.

“To think that even our cots were next to each other when we were born; mine was blue and hers was white.”

Kyle shared the revelatory photo on Facebook, captioned: “Who knew that 20 years later we would cross paths and be together.”

The couple met cognizantly for the first time at the age of 19 after connecting on social media. However, Allison now likes to think that their “first date” was at R K Khan Hospital in 1998.

It was Kyle who messaged Allison on Facebook. At first she didn’t reply; Kyle persisted, so Allison responded, “Sorry, I don’t chat to boys on Facebook.”

After realizing they both shared similar religious beliefs, she “finally gave in.”

Chatting over the phone, the couple discovered they had much more in common, including hobbies, and humor. “Even the things that we were complete opposites in brought us closer together,” Allison shared.

After a church concert, Kyle and Allison made plans for a second meeting, and romance blossomed.

Kyle claims that he and Allison feel “unbelievably blessed” in love. “Like any relationship, we have our ups, downs, and trying times,” he admitted, adding that they “do drive each other crazy sometimes,” but their shared beliefs hold them together.

Both Kyle and Allison have also bonded with each other’s families.

Looking ahead, both hope to build upon their shared passion for teaching. Kyle wants to become a musician to “inspire the world,” while Allison dreams of owning a café and bookshop, and working with young people.

They also plan on getting married.

“We do have big dreams and also desire the classic white picket fence, family, children, pets, and much traveling,” said Kyle. “Through God, all things are possible!”

It was no accident that they were brought together, Kyle reflected. God had a hand in it, they both contend.

“My girlfriend says that she used to think love stories like this only happened in movies,” he said, “and now she can say that this is truly only God’s work of art called ‘love,’ because nothing else can explain this.”