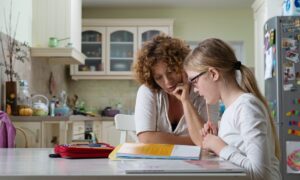 During the Pandemic, Can Parents Do an Adequate Job of Homeschooling Their Children?
0 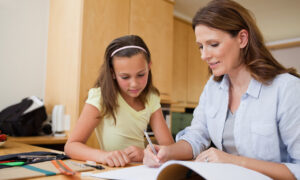 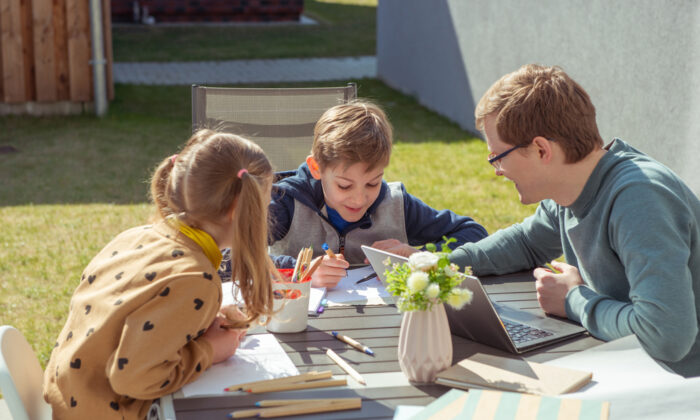 Some parents—not all, but some—see that even in such an uncertain time of cobbled together education, they can do it. (spass/Shutterstock)
Homeschooling

It seems a bomb has been detonated in America’s education sector.

Oh sure, there have been explosions going off the last few months as people try to adjust to alternative schooling. It’s only now, however, that we are beginning to realize how earth-shaking those explosions have really been.

A new poll was released by RealClear Opinion Research the other day, indicating that the complaints we’ve been hearing about online schooling may not be as prevalent as we thought. When asked if they were “more or less likely to enroll your son or daughter in a homeschool, neighborhood homeschool co-op, or virtual school once the lockdowns are over,” 41 percent of parents said they were more likely. Only 31 percent were less likely to do so. That is an amazing increase in positivity, especially considering that only 3 percent of the population was homeschooled before the lockdown.

But there are some more surprising numbers from that poll. Homeschooling, it seems, is not something that more whites want to do to flex their privilege muscle. Only 36 percent of white parents said they were more likely to homeschool. For Hispanic parents that number was 38 percent, while Black and Asian parents were at 50 and 54 percent respectively.

Another jaw-dropping fact is that this trend is not partisan. Forty-six percent of Democrats said they are more likely to homeschool, while 42 percent of Republicans said the same.

Folks, if those numbers are any indication, we’re in for a big change.

Why the favorability? The survey doesn’t make a lot of sense based on what we’re hearing in the media about how hard online education is, how children aren’t learning anything, and how parents are maxed out.

A few theories come to mind.

One is that parents have tried homeschooling. Some—not all, but some—see that even in such an uncertain time of cobbled together education, they can do it. If it can be done at a time like this, imagine how effective they could be with more preparation and a curriculum designed for true homeschooling, not one adapted from institutional schooling at the eleventh hour.

But there’s another possibility. Could parents have realized just how much time their children waste in traditional school? Another poll, from the Minneapolis Star Tribune, asked parents how much time their children spend on average each day on their school work. The most common answer was a mere three hours. This is less than half of the 6.28 hours the average student in Minnesota spends in each day of public schooling. It’s easy to see how parents could start to scratch their heads and imagine how much more their child could learn if not bound by the constraints which come from waiting for the whole class to move along.

Such a realization is underscored by a point former New York teacher of the year John Taylor Gatto made in his book, “Weapons of Mass Instruction:

“I know how odd this all sounds: first I tell you reading, writing, and arithmetic are easy to learn as long as they aren’t taught systematically, and now I tell you that the very ‘comprehensive’ school institution which Harvard called for in the 1950s is ruining our children, not helping them. I know you’ve been told by experts that the complicated world of today requires more school time, longer school days, longer years, more testing, more labeling.

“Well Senators, you’ve been bamboozled, and I hope your own experience will confirm that by a little reflection.”

According to Gatto, “Any type of change which will produce new value for our society through schooling will involve less school time, less school personnel, less store-bought materials, less interference in the natural processes of learning.” Furthermore, he notes, “Any school reform that will work, academically and behaviorally, will cost much less money than we are currently spending. It will involve gradual merging of schooling with community life, a de-professionalization of the learning enterprise.”

Gatto admits that such a positive change is unlikely to happen because it requires “reform… from the bottom, not the top; from millions of acts of productive sabotage on the part of parents and students, and yes—from teachers like myself.”

Guess what? That sabotage is happening. It wasn’t planned. It wasn’t purposeful. But all of America is getting a taste of what life and learning looks like beyond the four walls of a state-run classroom, and judging from this poll, a good number like what they see.

Where will we go from here? Only time will tell. But education may look a lot different post-COVID.

Want to weigh in with your homeschool experience? Add your input to this survey, or reply in the comments!