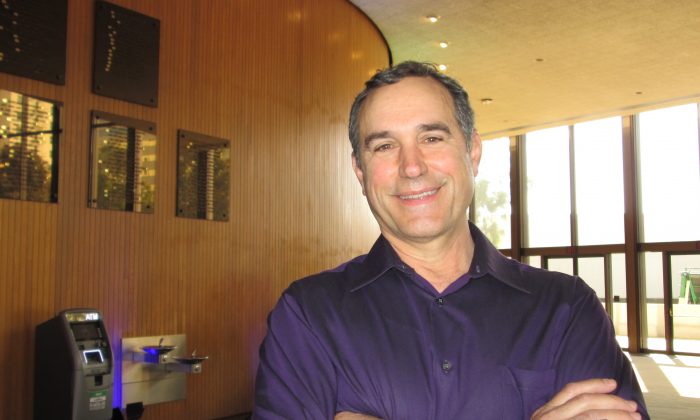 LONG BEACH, Calif.—Although Tomas Christiano currently works as a project manager in construction, he has an artistic background in dance, and he greatly enjoyed the cultural experience of Shen Yun Performing Arts at the Terrace Theater on March 24.

“It actually brings tears to my eyes while I watch many of the dances,” he said. “Very creative, lot of spiritual connection about the future, what we are as human beings. I was actually quite surprised to hear the message, which I deemed almost redemption for humanity.”

Founded in New York in 2006, Shen Yun aims to revive the 5,000-year civilization of China, which was once considered a gift from the divine, through magnificent dance and music.

Christiano said he was impressed with the precision and strength of the Shen Yun dancers, and he was very happy to see a live orchestra.

“When you have an orchestra, it’s so very, very moving,” he said. “Love the precision. It was just so mated, so well, everybody moved when they were supposed to move, the precision of all the dancers in unison doing incredible human feats. They’re athletes, if you will, but in an artistic way.”

He also enjoyed the digital projected backdrop, where the dancers seemed to magically disappear and reappear again during the performance.

“That was brilliant. That worked out so well,” he said.

He was also touched by the performance of the soloist singers, who sung in Chinese with the English translation shown on the background screen.

“The lyrics are the ones that actually spoke more to me,” he said. “That [had to do] with again mankind coming back to his real spiritual roots for redemption, so that surprised me, I didn’t expect that from a performance of this nature.”

Artistry Comes From Within

Christiano said he was able to sense the spiritual themes throughout the performance, which he believes was influenced by the Creator.

“I look at everything around me and I see that there is God in everything, the Creator is in everything,” he said. “He created us. As for where our art comes from, it’s deep within us.”

Christiano said he believed such a performance is a positive thing for people and society, and he hoped to come back again soon.

“I’m surprised that there are six companies world wide, and I’m also surprised that they do this new every year,” he said. “So every one of these performances, I’m going to assume, it’s going to be a fresh experience. Hopefully I can save my money and come back to another performance in a few years and see it again, to see what kind of differences there’re going to be in the future.”

Overall, Christiano highly recommended Shen Yun to other people, especially if they had not yet seen it.

“I would absolutely recommend it. It’s not just entertainment, it involves all of your senses, your mind,” he said. “It was flawless, and that’s what it’s just so amazing. That’s what I expected, flawless, and I [was] not disappointed.”