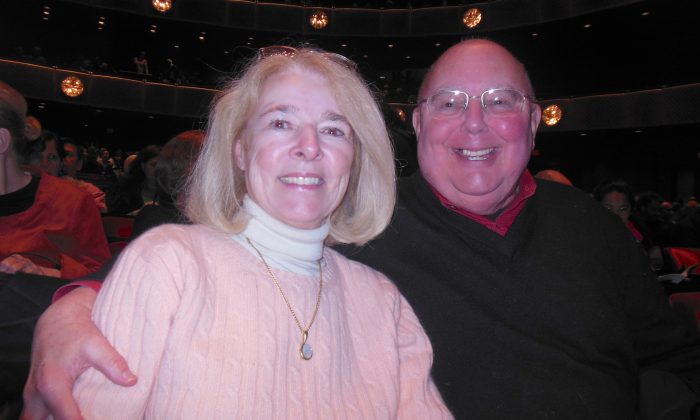 NEW YORK—Robert Sosna watched erhu player Xiaochun Qi very intently as she sat amid the orchestra of Chinese and Western instruments. “I watched how she was in tune with the conductor. She would sit and then she would just see what was necessary, and she would start playing. The rest of the time she sat in full attention.

“You could see that she’s devoted to her craft,” the management instructor said at a Shen Yun Performing Arts performance.

Mr. Sosna felt a part of Shen Yun because of Xiaochun Qi. “She drew me into the show,” he said, and she brought him a sense his inner self.

Shen Yun, based in New York, is all about “oneness of the soul” and how each of us is connected to the world, he said.

If Mr. Sosna’s experience sounds a bit spiritual in nature, it’s because Shen Yun aims to restore a culture wherein gods and humankind were once seen as divinely connected.

Shen Yun, both a music and dance company, looks to China’s thousands of years of culture predating communism for inspiration. The company’s name roughly translates as the beauty of divine beings dancing, according to the company’s website.

Attending with his wife, Ellen, an actuary, Mr. Sosna saw the company at Lincoln Center on March 6. The couple had recently moved to New Jersey from California, where they’d seen a lot of advertising for it.

Having spent a good deal of time in China, Mr. Sosna felt the dances depicted the true form and essence of the culture he had heard about, one that was very knowledgeable and wonderful.

Not only wonderful, but spiritually enriching.

In elaborating on his experience watching the erhu virtuoso, Mr. Sosna explained that the solo instrumentalist had brought him closer to the spiritual purpose, “that connection, that oneness” with a higher being.

“We’re all part of something bigger, and we’re all struggling to find out what that is,” he said.

We’re children of a higher being, he said.