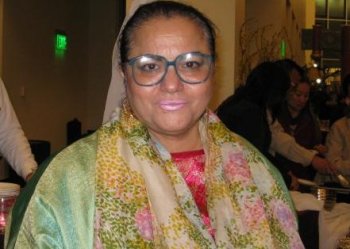 Although Shen Yun was Ms. Dorriz's first experience of Chinese culture, she said, 'It was very touching and could be appreciated by any nationality.'
Arts & Culture

Shen Yun ‘You have to see it. I loved it’

One of the stand-out features of the performance commented on by audience members, are the hundreds of vibrant, handmade costumes, which inspired Shahla Dorriz, a Beverly Hills fashion designer.

“I was inspired by all the costumes. As a fashion designer, I think when I go home tonight I’ll do my sketch to create some nice design. That was really inspiring for me, to see the show. Besides, it was truly cultural, and it was very touching. … It was very historical and cultural for me."

In addition to the intricate costumes and a full orchestra, Shen Yun offers ancient legends as well as modern-day stories of courage.

Ms. Dorriz commented on the dance No Regrets, a scene from a contemporary Chinese village where a young man and his mother share life’s simpler joys, but the young man falls victim to state police violence when he refuses to relinquish the book, Zhuan Falun, which is the main text of his spiritual practice called Falun Dafa, as simply owning the book is illegal in China today.

"What brought me to tears was the story of the mother and son and how God came and saved them from the evil beings." Faith was restored and goodness overcomes evil.

It was Ms. Dorriz’ first time experiencing Chinese culture. She said, “It was very touching and could be appreciated by any nationality."