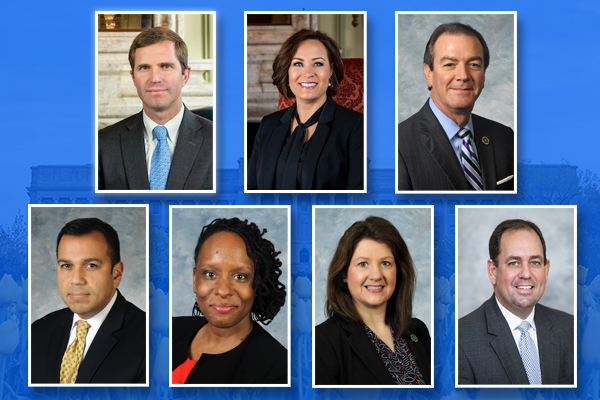 KENTUCKY—Shen Yun Performing Arts continues its tour around the world and one of its seven companies has concluded the last shows of the season in the state of Kentucky. To welcome Shen Yun, members of the House of Representatives of the Commonwealth of Kentucky, the Governor of Kentucky, State Senators, the mayor of Richmond and a Madison County judge executive have sent greetings and proclamations to Shen Yun.

“Based in New York, Shen Yun takes its audience on a journey through 5,000 years of Chinese culture through the universal languages of music and dance, evoking themes of virtue, compassion, and courage, and including an inspiring orchestral performance of music from both the East and the West,” said proclamations from Representative Angie Hatton and Representative Attica Scott.

State Senator, Brandon D. Smith, said, “this celebrated troupe is offered sincere commendation and gratitude for extending this unique opportunity to our citizenry; is extended sincere best wishes that their stay in the Bluegrass State is both fruitful and filled with hospitality.”

“Congratulations to the Shen Yun Performing Arts company on 15 years of bringing these ancient legends to life. These stunning performances cannot be seen anywhere else in the world—not even in China. Shen Yun provides a much-needed cultural revival for the Commonwealth, too, as we slowly and safely return to usual activities,” said Governor, Andy Beshear and Lieutenant Governor, Jacqueline Coleman.

In State Senator, Ralph Alvarado’s greeting, he said, “Please accept my appreciation and sincere thanks for your willingness to collaborate with the Kentucky Falun Dafa Association to help the public understand the traditional Chinese culture and arts, and for your promotion of a cross-cultural understanding of classical Chinese dance performances.”

State Representative, Deanna Frazier Gordon said, “The one-of-a-kind orchestra and combination of Eastern and Western instruments in truly extraordinary. This will be an amazing show for Madison County residents to enjoy.”

“Shen Yun, “The beauty of divine beings dancing” revives a cultural tradition of China dating back 5,000 years; and … Today, Shen Yun artists follow this noble tradition in their daily training which results in a performance of beauty, purity and goodness. Shen Yun is a show that nourishes the soul,” said Robert R. Blythe, Mayor of Richmond.

Madison County Judge Executive, Reagan Taylor, sent greetings saying, “We wish you much success in all of your performances and invite you to enjoy all that Madison County, Kentucky has to offer and visit again soon.”