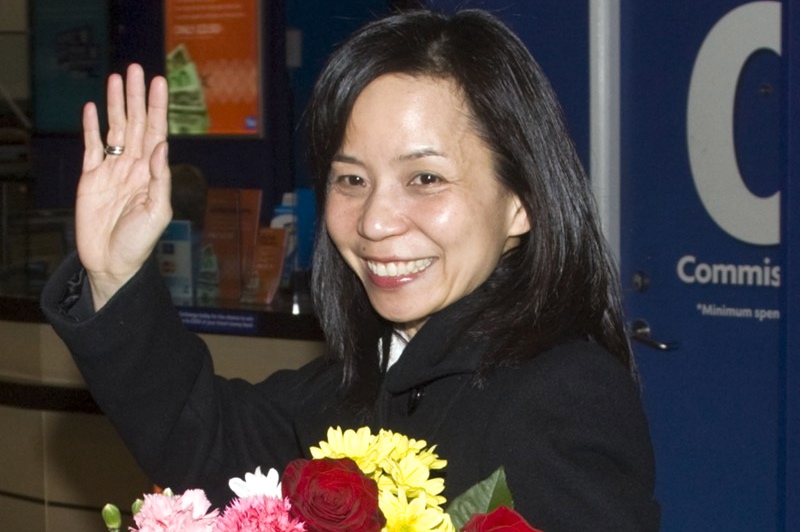 After five full houses at the London Coliseum, a whistlestop performance in Paris, and performances in Zurich, Stockholm, The Hague, Frankfurt, and Berlin, Shen Yun Performing Arts International Company has left Europe for America.

Fans saw them off at London Heathrow airport on Monday, April 16 with banners reading “I love Shen Yun,” and “Congratulations on Shen Yun’s successful European tour.”

Promoter of the London leg of the tour, Dr. Wei Liu, said that for many of the Shen Yun artists this was their first time in London. They made time for sightseeing at London landmarks like Big Ben, and the London Eye.

“They like London very much, and also like the London audience because the audience showed their appreciation and enjoyed their performance,” Dr. Liu said.

Dancer Tim Wu said performing in Europe was different from when they play in North America. “There’s so much history and culture here,” he said.

Mr. Wu appreciated the send-off from fans. “It’s a good feeling, a lot of hard work from everybody goes into the show, and when the audience members like our show we feel really good, so it keeps us going.”

He added: “We’re trying to revive ancient Chinese traditional culture, and it feels like they really understand our message, and they really enjoyed themselves.”

Dancer Alison Chen said her experience of performing in London had improved from the last time she was here in 2009, when the company performed at New London Theatre. “Last time performing was harder because the theatre was smaller, but this time at the Coliseum it was a better experience because it’s one of the best venues in London,” she said.