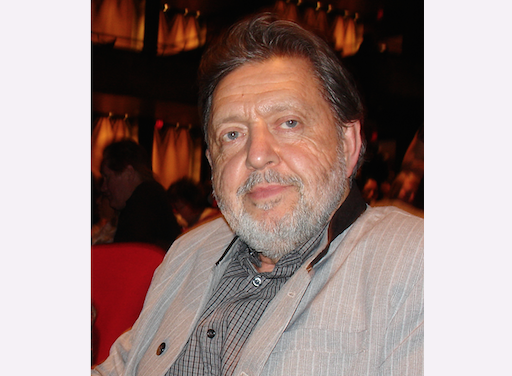 This is a message the world needs
BY Epoch Times Staff TIMEApril 22, 2014 PRINT

INDIANAPOLIS, Ind.—When former associate professor, media specialist, and Hebrew teacher, Mr. Shmuel Wahli saw Shen Yun’s performance at Clowes Memorial Hall of Butler University on Saturday, April 19, he was immediately struck with the universal message in the performance. “It was very meaningful for me. It has the ancient thoughts of the connection between cultivation with our soul, spirit, heavens [and] the universe,” he said.

Seeking to revive Chinese civilization “through the universal language of music and dance, Shen Yun weaves a wondrous tapestry of heavenly realms, ancient legends and modern heroic tales, taking you on a journey through 5,000 years of Chinese culture,“ according to Shen Yun’s website. “Its stunning beauty and tremendous energy leave audiences uplifted and inspired.”

Mr. Wahli, who runs his own print media company is also a teacher/kuwahen at Bet Ha Shem (Torah Studies), had previously traveled to Chicago to see the performance but was now thrilled to see it in his hometown, of Indianapolis.

In fact, he felt right at home with the spirit of the performance.

Speaking of the message he took in, Mr.Wahli said, “the consciousness of the Falun Dafa, the Buddha Fa, it’s very near to my understanding; it is pervasive. It expands beyond one culture. It infects all people. So it’s a universal consciousness that is expressed in the music, in the dancing, in the messages.”

The digitally animated backdrops impressed him as well. These backdrops are intended to create “vividly animated settings, extending the stage and transporting the audience to a world where heaven and earth are one,” as the website explains.

For Mr. Wahli they palpably extended the stories beyond our present dimension. “The interfacing between not seeing ourselves in just this one dimension, but also being able to transpose, go beyond, into the spirit realm, so there’s not a division between the body now and what we are becoming and where we have come from. Where we come from, where we are now, where we are going, is all one.

“So this is a beautiful way of showing [it], the technology of the visuals; what is on the other side of the world comes into us, its manifestation. It sees what we are doing now and interfaces with us. And also, we are able to jump across and go there. It’s very beautiful,” he said.

In the vocal performance, Mr. Wahli showed his appreciation for the lyrics, saying, “The song the [soprano] sang, ‘We toil to help you,’ the idea that all of this service is to help humans, all of humanity. The sharing of Falun Dafa, the Buddha Fa lessons, are really to awaken people, to help them come to more consciousness of peace, understanding, and evolution of what our destiny is.”

Mr. Wahli recalled the words on the banner in the dance called [i]The Steadfast Lotus.[i] A mother gives her daughter a banner with the tenets of their faith written on it: Zhen, Shan, Ren. Translated they mean Truthfulness, Benevolence, Forbearance. Drawing his thoughts to a close Mr. Wahli said, “This is very pervasive. It encompasses everything. It is the message that the world needs.”