Shen Yun: ‘It was like a dream,’ Says Data Expert 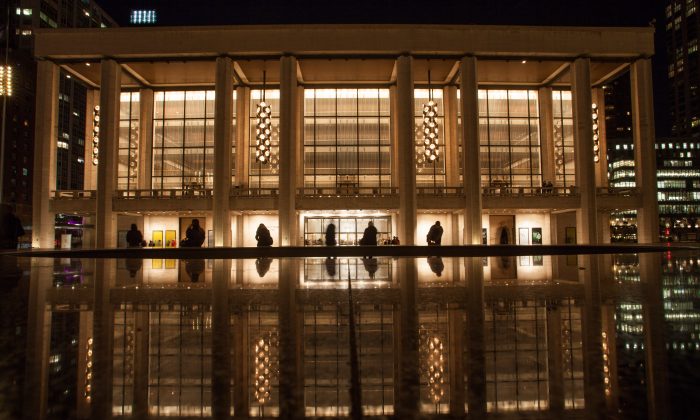 NEW YORK—”It was like a dream almost, like something you would imagine,” said Tony Muccio, in expressing what he experienced seeing Shen Yun Performing Arts at New York’s Lincoln Center on March 4.

“It was beautiful, it was inspirational. … I’ve never seen anything like it before,” continued the data analyst of Pfizer Pharmaceuticals.

Mr. Muccio’s words convey more than they may seem.

Shen Yun is one of the most unique dance companies in the world. It is based in New York state, but its inspiration comes from a higher place. Shen Yun’s mission is to revive the authentic culture of ancient China—a culture that is said to be inspired by the heavens. So when audiences see Shen Yun, they get to journey to an ethereal world.

“So much color and beauty, it’s hard to describe. You have to see it and feel it with the music, and the colors and movements,” Mr. Muccio said.

Many magical elements come together in a Shen Yun performance to create heavenly realms. Exquisitely designed, hand-made silk costumes combine colors almost never seen before; a full orchestra accompanies the performance that blends ancient Chinese instruments into standard string and horn sections; and classical Chinese dance, one of the oldest and most comprehensive dance systems in the world, is used throughout to depict stories ranging from time-honored legends to contemporary tales of challenge and conviction.

“The dancers are so … they’re amazing. I’ve never seen dancers do these things before,” he added.

One hallmark of classical Chinese dance are its flips, spins and tumbling techniques, which is actually the original source for a lot modern day gymnastics moves.

Mr. Muccio also mentioned that he found some pieces “spiritually lifting,” such as the dance called “The Steadfast Heart.” In this dance from contemporary China, a group of townspeople who follow the spiritual meditation discipline of Falun Gong, are peacefully doing their exercises one minute, then are arrested and beaten by Chinese police the next. Falun Gong is an ancient Chinese practice, but it’s severely persecuted under the current communist regime.

“When you saw the government bringing the people down, and the people rose above it … it was very inspirational,” said Mr. Muccio, then elaborated further on why it inspired him.

“Even though there’ll be things in life that bring you down, you’ve got to go through it and get past it. Their courage and their spirit … was very strong and [they] pushed through the difficulty,” he said.

For Shen Yun performers that spirit is very real, and not just something they portray on stage. They themselves strive to emulate traditional beliefs and virtues, and incorporate meditation into their daily training—and this allows them to transport audiences to another realm.

What realm? “A whole different world, a Chinese experience that I’ve never felt before,” is how Mr. Muccio described it.