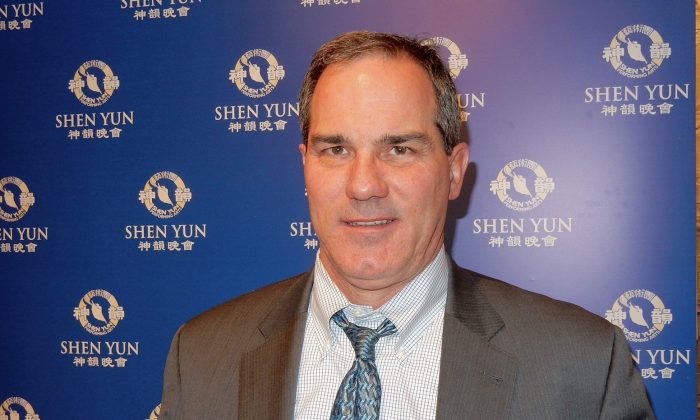 NEW YORK—Peter McNamara, a partner at PricewaterhouseCoopers, is a frequent theatergoer. He and his wife often attend plays, performances of drama where he knows what’s coming by the second act.

But by intermission, Mr. McNamara had only anticipation for what would be next in the Shen Yun Performing Arts performance at the David H. Koch theater at Lincoln Center. His wife had been the one to insist on the classical Chinese dance performance.

“This one is really unique,” Mr. McNamara said, adding he had no idea what he would find in the second half. “Music is fantastic, and the dancing is really, really beautiful.”

Though the divinely inspired culture of 5,000 years was foreign to Mr. McNamara, he felt a commonality through the spiritual side of the Chinese culture. There were references to heaven, to sin, to eternity, he said.

It showed through the stories, he thought, and especially in the songs sung by the bel canto soloists.

The overall performance moves from ancient China to a scene from the present day, touching on the ongoing persecution of spiritual faiths in China.

Mr. McNamara felt prompted to bring up a particularly emotional piece that showed a couple separated by the communist regime for their faith, but who are reunited at the end.

He saw a theme of trials and tribulations that was universal, and hopeful.

“I think it’s uplifting, couple of wonderful scenes,” he said.