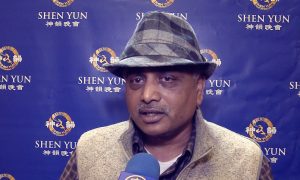 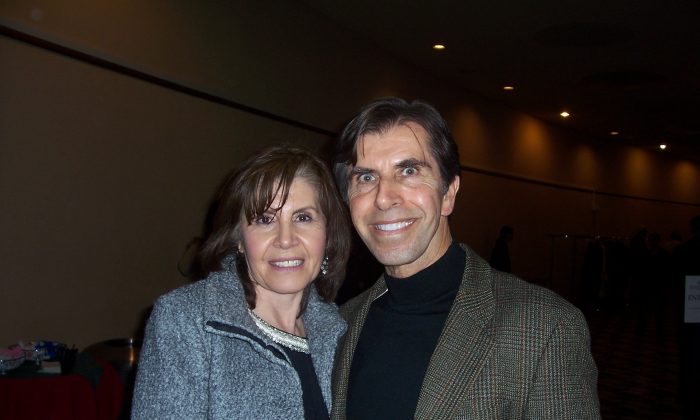 “The very beginning opening, about people descending from heavenly realms, celestial [realms]—I believe that is our true origins,” he said.

Much of ancient Chinese dance is story-based. Shen Yun’s website states, “These dances give dramatic portrayal to the cherished stories of past and present. Their figures embody the most exalted virtues of Chinese civilization, and convey a message or moral that is still relevant in our day. Many have inspired people for generations.”

As a student of philosophy, Mr. Aguirre found in Shen Yun “deep universal truths that resonate [such as] when you read the Bhagavad Gita, Tao Te Ching, or Plato’s Republic. Truth is truth,” he said.

“[It’s] something that mankind needs to rediscover.”

Mr. Aguirre was touched by the compassion woven into the ancient Chinese culture.

“Beautiful! I think these are the essentials we have to get back to. Compassion transcends ego,” he said. “[Shen Yun] is very soul-stirring—very inspiring.”

As a part of its 2015 world tour, Shen Yun will play in over 100 cities on five continents, gracing some of the world’s most prestigious stages, such as New York’s Lincoln Center, Washington D.C.’s Kennedy Center, and Paris’s Palais des Congrès de Paris.