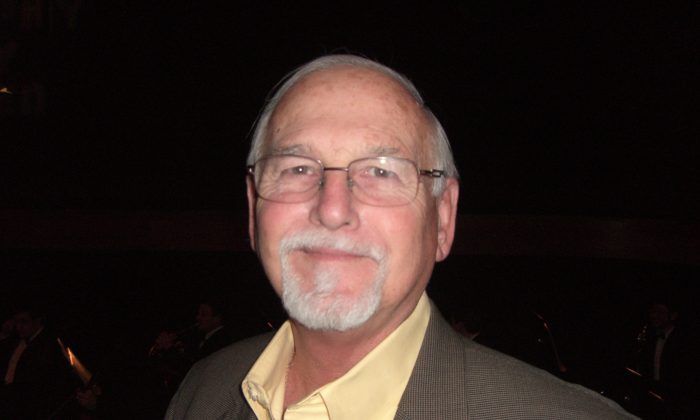 Mr. Keifer added, “It’s been excellent. The sets are fabulous.”

The hundreds of handmade costumes of original design and breathtaking colors add an extra dimension to the Shen Yun performances, leaving the audience enthralled.

“The grace, the costumes, the subtle movements that they used to control their costumes—it’s very, very, very nice,” said Mr. Keifer, a geologist.

“The dance that they used the long sleeves…that was just amazing how they could control all of that energy within that silk,” added Ms. Coleman.

“The background, the screen, and the way it is choreographed in sync with the dancers on stage when they change positions…that was quite exciting and quite different and very good use of virtual reality and reality and blending the two,” he said.

For Mr. Keifer, Shen Yun was both a cultural as well as an artistic experience.

“It was an experience everyone should have.”

Donald Brasher, a regional sales manager for a large company, was very impressed with Shen Yun.

“Very impressive dancing, and the costumes are beautiful,” he said. “The music is fascinating.”

“The different instruments that are being used to complement the traditional instruments that we’re normally used to—incorporating those things… it’s pretty interesting for me,” he said, referring to the use of traditional Chinese instruments such as the two-stringed erhu and the pipa in the Shen Yun Orchestra.

Mr. Brasher said he had an appreciation for dance as he has been to many dance recitals to see his granddaughter. He said the Shen Yun dancing “is beautifully done.”

He also appreciated the backdrops. “The graphics in the background has been very good,” he said.

He felt everyone needs to see Shen Yun.

“It’s a show that is beautifully done, its costumes are beautiful, the music is great, and the facial expressions on the people… they’re having fun doing it. It’s good, it’s a great show.”