Shen Yun Is ‘Important to All of Us’ 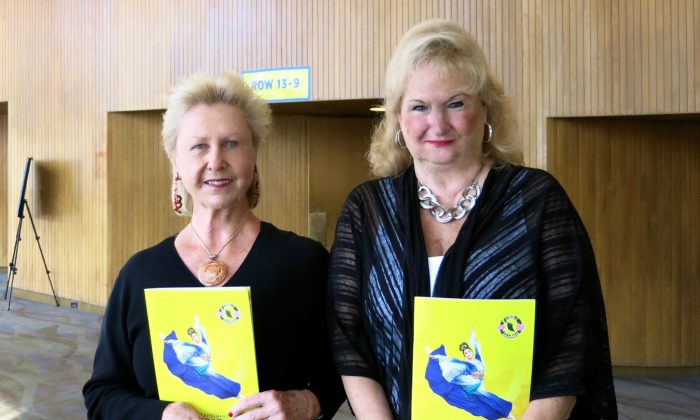 LONG BEACH, Calif.—Suzie Torres is the type of person to look for meaning in everything, and she found a wealth of it in the classical Chinese dance performance she saw at the Terrace Theater on March 19, where a single gesture could speak volumes, and there were stories presented that were thousands of years old.

Ms. Torres, a retired special programs manager for the state of California, said Shen Yun Performing Arts had not just been “very, very spiritual and very meaningful,” but it was quite possibly the best thing she had ever seen.

“The show is just absolutely gorgeous with so much meaning, spirituality and to see the struggle of the people … The show is just one of the favorites I’ve ever seen in my life,” Ms. Torres said.

Anxiety is present in her day to day, but seeing Shen Yun, that all washed away.

“Very spiritual and very soothing. Very relaxing,” she said. “When I’m watching the performance, I don’t even feel my anxiety. So it’s breathtaking.”

It was an emotional experience, for Ms. Torres, to see the New York-based performing arts company revive the traditional Chinese culture that was nearly lost under communist rule.

“I would hope and pray that it would never, never—those traditions would never be gone. Because it’s important to all of us. Not just the Chinese community, all of us,” she said.

She was moved to see how the people have struggled under communism, but hopeful at seeing Shen Yun’s work and at learning that many in China wish for change as well.

“I’m so happy that this has come to us, and so hopefully we can spread the message,” she said.

In terms of admiration, “Today it just put me over the top.”