Shen Yun Is ‘Essence of China’ 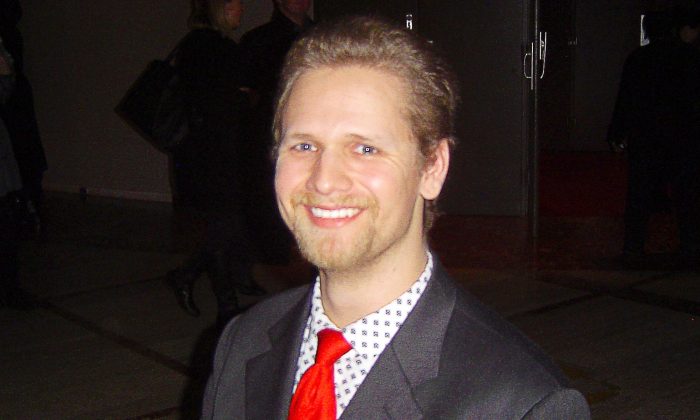 NEW YORK—Chris Scholl had tried for six years to see Shen Yun Performing Arts. Each year the New York-based company would perform at Lincoln Center in the city, and each year he found he’d somehow missed the chance to see it.

On Jan. 15, Mr. Scholl’s long-anticipated wish came true. As the curtains came up on 5,000 years of Chinese civilization, he said he started crying.

“As soon as it started, as soon as the curtains went up, it’s just—when you wait for something, and you anticipate it for so long, and you finally get a chance to experience it, it’s an overwhelming sensation,” Mr. Scholl said.

He was so thrilled to secure tickets to this year’s performance. He happily said he convinced others to attend as well. The performances through this weekend have sold out, but Shen Yun is returning to Lincoln Center in March.

Mr. Scholl has long been fascinated with Chinese culture. And Shen Yun offers a chance to see China’s divinely inspired ancient culture as it developed for thousands of years before communism sought to destroy it.

It was a great gateway into things I did not know about.
— Chris Scholl

“It was a great gateway into things I did not know about, and it was just an amazing experience,” he said. “I’ll definitely be back next year.”

Shen Yun is a music and dance company that seeks to revive traditional Chinese culture.

Bill and Patricia Akbinar, who also attended Friday’s performance, spoke of the beauty of not just the forms, but the essence of the culture.

“The story behind it is breathtaking,” said Mrs. Akbinar, a naturopath.

“It is mind, it is the body, it is the spirit, it is the embodiment of the ancient Chinese culture that really stresses compassion, forgiveness, and love,” he said.

Judy Hall, a board member for the Kaufman Music Center, and Robert Hall, retired from the publishing industry, were wowed by the way the performance visually presented this essence.

“I think it’s absolutely amazing,” Mrs. Hall said of the choreography, music, and digital backdrop coming together with such “visual impact.”

Such a vast production is hugely challenging, she said listing the aspects that needed to be designed, the training of the performers, and the coordination of the production itself—it all added up. The couple said they had never seen such a thing.