Shen Yun Is a ‘Heavenly Beauty’ 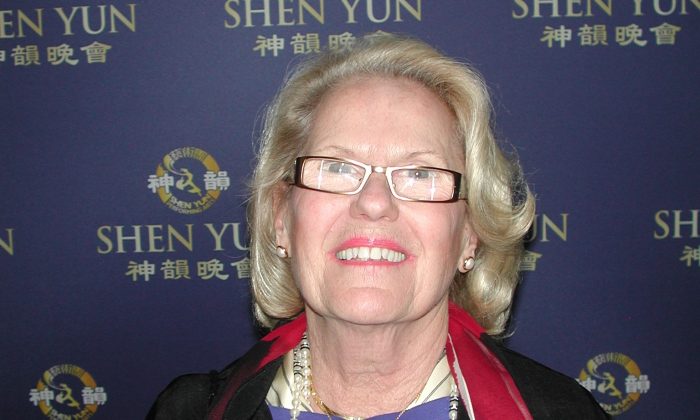 NORTHRIDGE, Calif.—Shen Yun Performing Arts inspired audiences with its stories and legends from China’s millennia, brought to life through dance and music, on Jan. 28 at the Valley Performing Arts Center.

“It was beautiful, very inspiring—very beautiful and amazing,” said Adam Waldhorn, who practices Chinese medicine, after the performance.

“It was a special beauty, a heavenly beauty, that was uplifting,” he said.

Shen Yun’s mission is to bring back China’s ancient, divinely inspired culture, which is built on the spiritual foundations of Buddhism, Taoism, and Confucianism.

Shen Yun’s website gives some more background: “Sophisticated dance techniques, an orchestra joining instruments from both the East and West, beautiful costumes, and a stunning back drop—this is Shen Yun at first glance. But digging deeper, one discovers a sea of traditional Chinese culture. Mortals and divine beings merge on stage as one. Principles such as benevolence and justice, propriety and wisdom, respect for the heavens, and divine retribution, all come to life, washing over the audience.”

“It was a very high vibration that affected everybody, I believe,” said Mr. Waldhorn.

This is not unprecedented—many people have said they felt profound spiritual feelings while watching a Shen Yun performance.

Mr. Waldhorn elaborated on his experience. “I sensed a higher frequency,” he said. “Wavelengths that you can feel of mental, emotional states, spiritual states.”

Mr. Waldhorn was accompanied by his wife, Sarah, who teaches at a Montessori school.

She said she was moved by China’s ancient culture.

“I can’t even touch it, it’s very rich. That’s part of why I appreciate this show,” she said. “You just feel like a tiny glimpse into something that’s infinitely rich and profound, deep.”

The cultural and spiritual messages in Shen Yun also deeply touched another person in the audience, Angel Kennedy, an elementary school teacher.

She said that the dance, colors, and costumes were wonderful, “but mostly I appreciated the messages that came through. I loved the message of oneness, the constant battle between good and evil, and yet [reaching] an apex to rise above that to a higher level of oneness.”

Ms. Kennedy said that the stories told through dance showed that “throughout the world we are similar, and it was very inspiring and hopeful.”

“There were moments when it touched experiences in my own life, and at one point, I did find myself getting teary and emotional, and that reinforced that message of oneness,” she said.

“It just touched a very warm place that must exist in the hearts of all of us, when we are not under the usual stresses, and tensions that sometimes are demanded of us in life, that underneath all that, I believe there is a unique and beautiful oneness within us, and that message was conveyed in the performance.”

Some of the pieces were about Falun Dafa, a spiritual practice rooted in traditional culture, based on truthfulness, compassion, and tolerance. Ms. Kennedy said that some of these messages helped reawaken some of her wisdom.

“In the message of Dafa—of course whatever faith you may be—if you believe in the goodness of mankind, and that, yes, we will always have those battles we have to face, but we have the strength and the source within us to rise above those issues,” she said. “So this was an example of that, and I appreciated being reminded very much.”

Her one regret for the evening was that her daughter wasn’t able to attend. “I can say I am truly sorry that my daughter was not with me this evening, I think it is an experience that helps people to bond, and to again appreciate the beauty and the oneness that exist within all of us.”

With reporting by Yaning Liu, Alice Su, and Ben Bendig