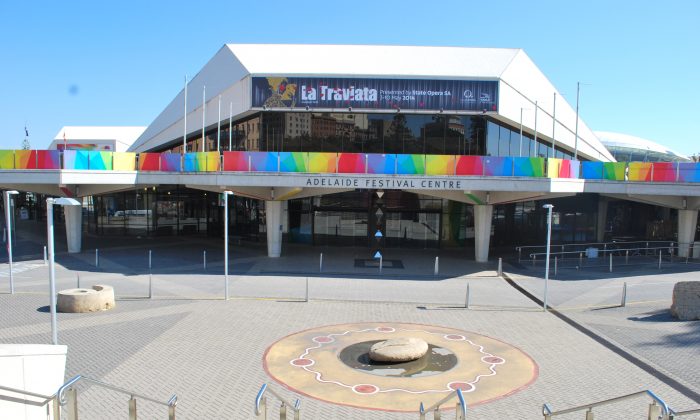 Shen Yun ‘Indicative of Spirit in a Culture’

Dr. Trafford Walker is the University of Adelaide’s acting dean at the Faculty of the Arts.

“It’s very professional,” he said at intermission. “It’s an age of music and movement … This has a real sense of linking the music to the movements, far more so than you see in [classical] ballet.

“And what I also appreciate is the way in which they linked up to the images on the screen, which is extremely clever, and you can see they are very enthusiastic in what they are doing.”

The Shen Yun website explains, “With state-of-the-art graphics technology, Shen Yun’s digital-backdrop team creates vividly animated settings, extending the stage and transporting the audience to a world where heaven and Earth are one.”

“So it’s a very entertaining night and I look forward to the next half,” he said.

Dr. Trafford Walker knowing that Easter weekend is a busy time said, “I think it’s the sort of thing that a lot of people ought to see. I am curious to know how the normal Chinese in China would react to this. How would they react to it,  by the way?”

According to the website, “Forcing atheism upon society, the Chinese Communist Party has for decades launched various campaigns—most notably the Cultural Revolution—to destroy not only cultural sites, temples, and relics, but also the Chinese people’s belief in virtue and faith in the divine.

Dr. Trafford Walker said, “I’ll be interested to know what happens in the next half. From my point of view, this is an important sort of show to give an insight into Chinese culture. It’s giving me insight to the discipline, because it comes through as a really disciplined group, but not to the point where it’s invasive … and that to me is indicative of spirit in a culture.”