Shen Yun Expands Our Awareness of the World 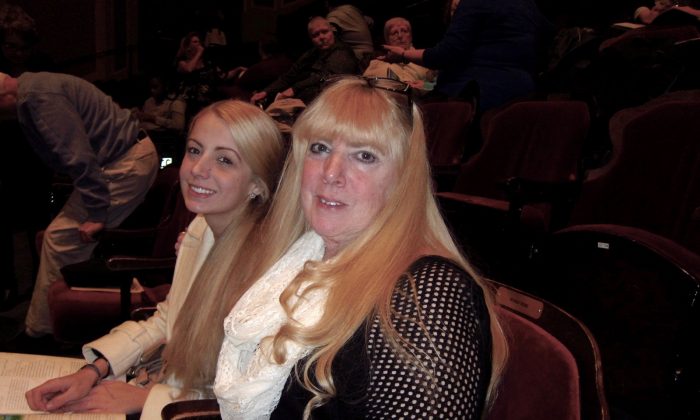 “I love it, I come every year. It is just fascinates me, it’s beautiful, beautiful dance,” said Ms. Bolin, who is retired from management and retail. This year she attended with her daughter Candice.

Richly woven over 5,000 years, this culture respects virtues such as compassion and loyalty, kindness and bravery. Unfortunately, the culture on which these values rest has been almost entirely destroyed by decades of communist rule.

“The colors, the whole choreography, everything is beautiful. It’s a beautiful story. It’s sad but beautiful,” she said.

In addition to the beauty of the performance, Ms. Bolan feels that Shen Yun is expanding her knowledge of the world. She said she would never have known about the oppression in China were it not for Shen Yun.

“It’s scary in a way, I mean we are so focused on the Middle East right now, we don’t even realize this is going on in other parts of the world,” she said.

“They are not allowed to meditate? Oh my, that is horrible. You can be persecuted for meditating? That’s unbelievable,” she said.

She was also shocked that Shen Yun cannot perform in China. Shen Yun is based in New York so they may express the authentic traditional culture.

But she has hope in Shen Yun’s mission. She hopes that the one day the people in China will be able to see these performances. Perhaps as Shen Yun brings the awareness of this oppression to the world, “it could radiate change there.”