Shen Yun Revives Traditional Culture That Brings Joy to All 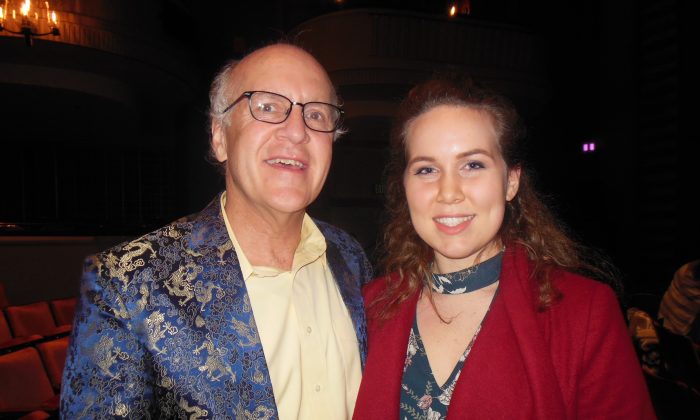 ST. PAUL, Minn.—For centuries, cultures of the world looked at the divine for inspiration. The art they produced carried deep meaning and brought joy to both the artists and the viewer. This is what a New York-based company has aimed to bring back since its establishment in 2006.

Shen Yun Performing Arts was created by a group of elite artists who wanted to revive 5,000 years of semi-divine culture from the Middle Kingdom, according to its website. In a decade, they went from one group to becoming a global phenomenon, performing in hundreds of sold-out performances across the globe.

This semi-divine culture that was a foundation of ancient Chinese society now inspires hundreds of audience members everywhere Shen Yun has performed, including Minnesotans who experienced it at the St. Paul Ordway Center for the Performing Arts during the matinee on Feb. 16.

Among the audience was Leo Johnson, who is a human resource director for H.B.Fuller. Johnson said he was most impressed by the storytelling and the meaning behind the dancing.

He said that the stories help audience members revisit life lessons such as the importance of “kindness, beauty—beauty is within [and] kindness is one of the more powerful events.”

“As a human being one of the greatest things that we can enforce others with, is with our kindness,” he added, saying that the dancers’ beauty transcends the aesthetics of the performance.

“Well, it’s beyond just the costumes. It’s the spirit. It’s the motion. It’s the interaction with others on the stage. They are all bringing a sense of beauty to the production,” he said.

Moreover, Johnson also appreciated how the dancing was connected to the divine.

“[The dancing] almost transports you to another dimension, another place. And the connection with the deities and the blessing that we all have comes through the dance,” he said.

China itself was once known as Shen Zhou, or the Divine Land. These terms are used to describe a belief that China used to be a land where deities and mortals coexisted, and a belief that the divine transmitted a rich culture to the people of the earth, according to the Shen Yun website. Many Shen Yun pieces depict this spirituality that has influenced the ancient people for thousands of years.

Like Johnson, Suzi Perala and her daughter Ashley were also in the audience during the matinee. Perala was also intrigued by the storytelling, saying that the performance made her experience joy and peace.

“There was a lot of stories told, they were good. From the fighting to the beautiful romances and all of that, it was very good,” said Perala, who is a manager at the insurance company American Family Insurance.

Her daughter, who is a dancer, was particularly interested in seeing history come to life.

“I enjoy history but to see it come to life was something you don’t always get to learn through a textbook,” Ashley said.

“And so I think to take the time to see it for yourself with your own eyes in any way that you can is something that is super important, especially for younger people like me who don’t always get to know the history in the right forms all the time,” she said.