Shen Yun a ‘Wonderful Expression of Something Beyond Us,’ Says Physician 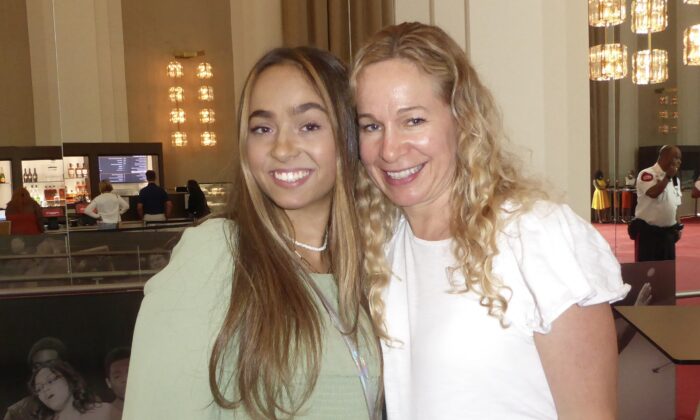 WASHINGTON, D.C.—For emergency medicine physician Krista Day, Shen Yun presented a “wonderful expression of something beyond us, greater than us.”

“I thought it was beautiful,” she said after seeing Shen Yun at the Kennedy Center Opera House on the afternoon of July 16. “I love the message of us being divine beings. I also believe that we were divine beings who came from heaven.”

Based in New York, Shen Yun is the world’s premier classical Chinese dance and music company. It was formed in 2006 by leading Chinese artists with a mission to revive China’s divinely inspired culture.

Shen Yun presents a series of story-based dances as well as ethnic and folk dances from different parts of China, along with musical presentations. The opening scene of the performance tells the journey of divine beings who follow the “mighty Creator” to Earth, reincarnating in China’s imperial court, according to the performance’s program book.

Krista Day said she appreciated how Shen Yun interweaves important themes into the performance as part of its artistic presentation.

“I love how they’re incorporating trues messages into the beauty of art,” Krista Day said. She also commended the pieces that depict the brutality of the Chinese communist regime in today’s China.

“It really shows that they [the Chinese regime] prioritize a few and then persecute the rest,” said Kristianna Day, a college student.

Kristianna Day said she also enjoyed the lyrics of the songs performed by Shen Yun vocalists who use the bel canto style to sing Chinese text. The lyrics are rich with spiritual themes, and some lines highlight the modern world’s ills.

Kristianna Day said she is studying to be a scientist herself but realizes that divinity has an important role in all aspects of life.

“I think when you try to explain things without God, that’s where you start to run into problems,” she said.

“People believed in a deity for ages.”

“It’s something that you come to see because it makes you feel better. There are so many things that are so natural that [aren’t] about money, or sex, or violence. This is just to see the beautiful things that the show has,” said Betty. She said she has to use an alias as she can’t give her full name due to professional obligations.

Betty said today’s world is “pessimistic and materialistic,” so it’s a positive when Shen Yun can give people hope.

“[People can] start looking for happiness in places other than the mall, or the bar, that you have to put something in your body to have fun,” she said.

Shen Yun, she added, offers both beauty and a chance to learn about Chinese culture.

“It was very colorful, so colorful that it was almost mesmerizing to your eyes,” she said.  “It’s something that is very beautiful because it [is] spiritual.”