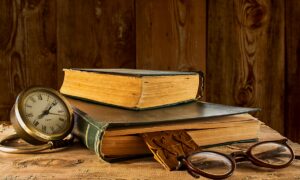 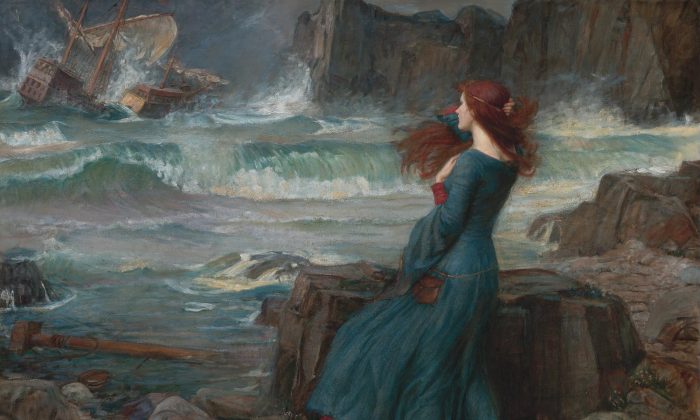 Mystery and wonder are at the very root of human existence. “Miranda,”1916, by John William Waterhouse. Oil on canvas. (Public Domain)
Literature

From ‘The Tempest’ by William Shakespeare

“Be not afeard. The isle is full of noises,
Sounds, and sweet airs, that give delight and hurt not.
Sometimes a thousand twangling instruments
Will hum about mine ears, and sometime voices
That, if I then had waked after long sleep
Will make me sleep again; and then in dreaming
The clouds methought would open and show riches
Ready to drop upon me, that when I waked
I cried to dream again.”

Mystery and wonder are at the very root of human existence. Without them, our lives would be barren. We love to unravel mysteries, and to lose them all would make our lives horribly sad, if not meaningless. We need to believe in the impossible.

Perhaps the beauty of mystery has never been better expressed than in this passage from Shakespeare’s play “The Tempest.” At this point in the action, one of the characters describes to a band of shipwrecked nobles his impressions of his magical island home.

Reading these words in isolation, we might think the speaker is a child or a king. In fact, he is a monster. This creature, Caliban, has been enslaved by Prospero, a wizard marooned on the island with his daughter Miranda. Prospero took Caliban into his care, until the fiend tried to rape Miranda. Now laboring in bondage, he plots his revenge.

But suddenly, out of nowhere, he delivers this amazing speech, showing an unexpected tenderness. So often Shakespeare puts the greatest wisdom in the mouth of the fool, or a memorable phrase in the mouth of a clod. But here he goes further: He puts Christ’s famous injunction “Be not afraid” into the mouth of an apparent devil. Why? Perhaps to indicate that all of us carry within us a spark of divinity.

Caliban’s words seem to take us to a preverbal level of awareness, the level of a baby encountering the world for the first time: a place of warm golden haze and innocence, of humming and smiling, of infinite sweetness. Or we could be in heaven surrounded by ranks of angels and archangels. Around us are noises, voices, and music, nothing distinct. Under the spell of harp-like “twangling instruments,” we melt into wide-eyed wonder and reverence. For a moment, we enter into a world of daze and miracle.

But then it comes to a close. As Caliban relates, the heavenly clouds in his dream disappear when he wakes; the riches never materialize. And yet they are there—in the air, the earth, and in the sounds all around him. The island is enchanted. In a strange way, the spirit of mystery gives us hope because it always stays slightly out of reach.

This is a passage to recite when we feel the world has lost its magic. When it all seems too straightforward, routine, and dull. When it is devoid of surprise. Hearing Caliban’s hushed amazement transports us to a place where dream and reality become one. We look up from the page and weep, renewed and oddly happy.

William Shakespeare (1564–1616) was an English poet and playwright, and widely regarded as the greatest writer in the English language.