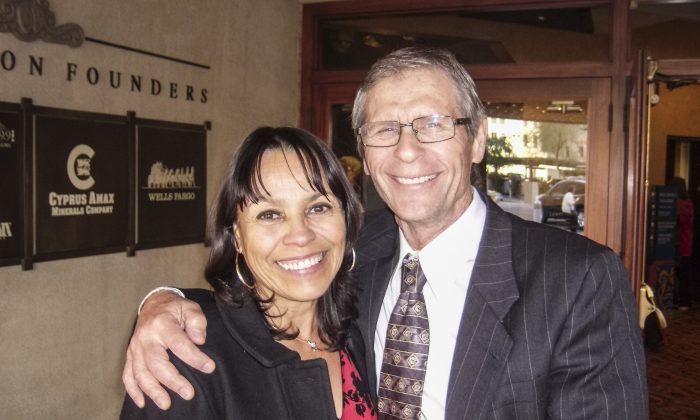 “I was an athlete my whole life in taekwondo, and so I appreciate all the moves, all the athleticism and how they take a simple thing like a handkerchief and do these amazing things.”

“They display [their spirituality] boldly. So, the message is really good. … It came through clear for us. Very clear. … We just want to take it to heart.”

“Believing changes people, and it brings the good out of a person … They project that, they make a statement for that. I think that was really enjoyable for us to watch, something outside of all the talent.”

“I just really feel appreciative of what they did and how they did it. It was really great.”

“It make[s] me have compassion for the people in China, because those people in that country that have the same belief as I do, they have a greater difficulty than I have. I have more freedom here.”

“It was a really beautiful, amazing performance. We are so amazed. It was really shocking how synchronized they are, and how colorful, how acrobatic. It’s just really beautiful. It was beyond our imagination.”

“They’re performing and at the same time they’re telling a story. It was really, really beautiful. And we know that they were saying in China, there’s a lot of persecution, and they cannot have their religion because they will be persecuted.”

“We heard in this performance that the [Chinese] government is [telling] lies to the people, and it’s very controlling and very oppressive. They are persecuting them. It’s very sad. They cannot be free.”

“People’s behaviors are getting worse and worse and they are going against the divine, and God already came to this earth and all we have to do is believe.”

“They even portrayed their God coming from heaven with his angels. … It was really beautiful.”