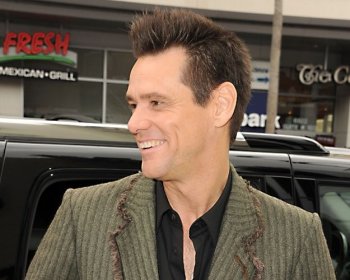 Actor Jim Carrey is one of many famous and successful people with ADD who have used their distinctive personalities as strengths to rise to the top of their profession. In an ironic twist, people with ADD make up a disproportionately high percentage of the most successful and historically well-known people. (Kevin Winter/Getty Images)
People

Attention Deficit Disorder (ADD) is often thought of as a plague by parents and teachers. While symptoms often alternate and shift as children develop, some of the challenges continue well into adulthood—negatively impacting one’s life in many ways.

On the other hand, more and more people have started noticing that a disproportionate number of highly successful people also seem to be afflicted with the same set of pesky traits. Albert Einstein, Thomas Edison, Leonardo Di Vinci, Benjamin Franklin, Henry Ford, and a who’s who of famous thinkers, explorers, business leaders, and politicians, all seem to have a clear history of embodying ADD traits.

This has led people to begin questioning whether ADD is really a disorder, or something else. Indeed, just this shift in thinking allows parents, teachers, and therapists whole new avenues of seeing ADD, coping with it, and bringing out the best from a person showing its characteristics.

What is ADD Really?

ADD is a set of symptoms that describe difficulties some people have with concentrating and focusing on tasks they do not find enjoyable or stimulating.

When ADD symptoms also include extreme levels of hyperactivity, then it’s technically called ADHD. There are many people, especially children, affected by this form of ADD.

When symptoms include a remarkably distinctive inability to concentrate in comparison to people of the same age, and these symptoms seriously impact completing normal, daily activities, then it can be considered ADD.

How Many People Have ADD?

While the American Psychiatric Association places the incidents of ADD at 3–7 percent, the National Centers for Disease Control (CDC) found that 9.5 percent of children 4–17 years old have at some point been diagnosed with ADD. Boys are more than twice as likely as girls to receive the diagnosis.

This diagnosis is becoming more and more common. Surveyed parents reported a 22 percent increase in incidents of ADD from 2003 to 2007. The National Institute of Mental Health reports a 3.4 percent per year increase in stimulant medication prescribed to treat ADD between 1996 and 2008. This has actually slowed down considerably since the earlier period of 1987–1996, when there was a whopping 17 percent per year increase.

According to the medical model, ADD is a mental disorder characterized by a series of symptoms that seriously debilitates a person’s ability to function in school, at work, or in their personal relationships. The primary method for treatment is regularly taking a slow-acting stimulant medication to combat the symptoms.

Many famous and successful people have ADD and many well-known historical figures also seem to have had obvious signs of symptoms. In fact, when it comes to the richest and most successful people, they seem to have higher incidents of ADD than the general population. So how could so many people with this debilitating mental health disorder be more successful than average? There must be some hidden strengths that are not so apparent to teachers and parents trying to contain these children’s seemingly out-of-control behaviors.

People With ADD are Hunters

One of the first people to see ADD in a more useful way was Thom Hartmann. In a groundbreaking theory in his book “ADD—A Different Perspective,” Hartmann describes people with ADD as hunters in comparison to most people who are farmers.

Since then, more theorists have gone on to create other analogies that note the positive traits people with ADD have. In this light, people with ADD are hunters, explorers, inventors, creators, visionaries, and people willing to challenge conventional ideas and blaze a new trail. All of these ideas are incredibly useful tools to understand ADD, and to develop mechanisms to cope, channel, and treat it.

My colleague is an ADD coach and visionary founder of a school that brings out the gifts that ADD brings to children. I have never seen anyone work with ADD children as successfully as she does, and she sees them as nothing short of the most gifted and creative students.

In fact, I would like to think of a whole new name for ADD that does a better job of capturing its true essence and that does not dwell on its most negative aspects. If you have any suggestions for a new name for ADD or stories of how you or a loved one has successfully channeled the gifts of ADD, please send them to feedback@epochtimes.com attention Michael Courter. In part two of this article, I will discuss successful ways to treat ADD.

Michael Courter is a clinical social worker, family therapist, and entrepreneur in Northern California and can be reached at michael.courter@epochtimes.com. All the advice and answers provided by the columnist are general in nature and are intended to be used for educational and/or entertainment purposes only. Information provided in this column is not intended to be used as a substitute for specific medical or psychological advice, nor should you consider it as such.

Michael Courter
Follow
Michael Courter has a master’s degree in Social Work with distinction from California State University Chico and is certified in Parent Child Interaction Therapy. He has been treating individuals and families since 2006.
SHARE
EmailCopyFacebookTweet
You May Also Like