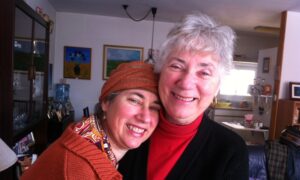 The spicy, peanut-studded stir-fry is easy to make at home—especially with a few Chinese cooking techniques up your sleeve
By Crystal Shi and CiCi Li
Print

Before kung pao chicken won the hearts and takeout orders of American diners, it was the favorite dish of a 19th-century governor of Sichuan, China.

To master it at home, here are a few tips to keep in mind.

First, tenderize the chicken with a classic Chinese technique called velveting. This simply means marinating the meat in a mixture of egg white and cornstarch slurry (a mix of cornstarch and water), which will give it a soft, tender, “velvety” texture after cooking.

Next, if you’re using an iron wok, try this trick for creating a nonstick coating: Before you cook, preheat the wok until just smoking, then pour in a high-smoke-point oil and swirl it around to completely coat the inside of the pan. Pour the oil out and proceed with the recipe—now with a nonstick wok!

Start by cooking raw peanuts in oil until golden-brown, then remove them to cool and turn crunchy. Then, layer the oil with flavor by quickly stir-frying Sichuan peppercorns, which lend a hint of their signature numbing, tingling heat, followed by dried red chiles, ginger, garlic, and scallions.

Before adding the chicken to the now flavor-infused oil, whip out another nonstick wok-cooking trick: “hot wok, cool oil,” or “meng huo yin you” in Chinese. Heat the wok until the oil just begins to smoke, then add an extra glug of cool oil followed immediately by the chicken, before the oil gets hot. This way, the chicken will stir-fry evenly without sticking to the pan.

Stir-fry the chicken, add back your chiles and aromatics, stir in the sauce, and finally toss in those golden peanuts. The result is a harmonious medley of a dish—soft and crunchy, sweet and sour, all backdropped by warming Sichuan spice.

For the Stir Fry

Marinate the chicken: In a large bowl, combine the chicken, soy sauce, salt, white pepper, and egg white. In a small bowl, mix the cornstarch and water to make a cornstarch slurry, then add to the chicken. Mix well. Marinate for 10 minutes.

If using an iron wok (skip this step if you are using a nonstick pan), prep it with a nonstick coating: Heat the wok over high heat until smoking. Then add about 1/2 cup of vegetable oil, or other oil with a high smoke point, and swirl it around the inside of the wok, making sure it is completely coated with a layer of oil. Pour out the oil. (After the oil has cooled, you can transfer it to a jar and store in a cool place. As long as the oil is still clean, clear, and odorless, you can reuse it for this technique one or two more times.)

Next, heat the wok over medium-low heat. Add 2 tablespoons of vegetable oil and the peanuts. Stir-fry, stirring constantly, until lightly browned, about 5 minutes. Take out the peanuts, leaving as much oil in the wok as possible, and set aside.

Turn the heat to medium and add the dried red chile peppers, ginger, garlic, and scallions to the oil. Stir-fry until aromatic, 30 seconds. Take out the ingredients, leaving as much oil in the wok as possible, and set aside.

Turn the heat to high and heat the oil until smoking. Add 2 more tablespoons of vegetable oil, and immediately add the chicken. Let it cook, undisturbed, for about 30 seconds. Then, stir-fry the chicken until fully cooked, about 3 minutes. Add the reserved chile peppers, ginger, garlic, and scallions, followed by the prepared sauce, and mix well. Lastly, add the peanuts and stir-fry until all ingredients are combined. Serve!

Recipe by CiCi Li, the producer and presenter of “CiCi’s Food Paradise” on NTD. Join her in discovering the world of Asian home cooking at CiCiLi.tv