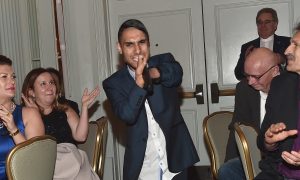 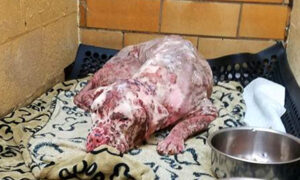 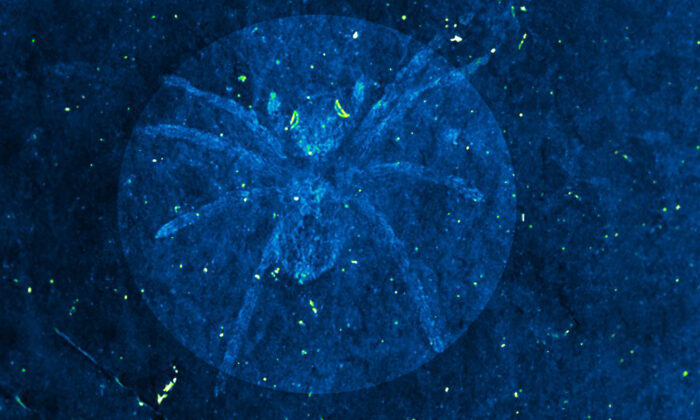 The discovery of fossils from a previously unknown lagonomegopid spider species in South Korea, dating back more than 110 million years, has revealed that their eyes would have glowed in the dark. The results were published in the Journal of Systematic Paleontology and included “the first preservation of a spider eye tapetum in the fossil record,” according to the authors.

In a press release, Dr. Paul Selden, a University of Kansas professor of geology and co-author of the study, describes the tapetum as “a reflective structure in an inverted eye where light comes in and is reverted back into retina cells.”

While finding spider fossils is quite rare in and of itself, the discovery of specimens with such strange eyes was even more unusual. “It’s nice to have exceptionally well-preserved features of internal anatomy like eye structure,” Selden said. “It’s really not often you get something like that preserved in a fossil.”

The spiders were found in the Jinju formation, an area of shale rock in South Korea, and a total of 10 fossils were identified. Two of them featured the glowing eyes typical of mammalian predators including cats and dogs. “They’re so reflective—they clearly stick out,” Dr. Selden told National Geographic, calling the discovery “a sort of eureka moment.”

“Because these spiders were preserved in strange slivery flecks on dark rock, what was immediately obvious was their rather large eyes brightly marked with crescentic features,” Selden explained.

What the team, led by Tae-Yoon Park of the Korea Polar Institute, found were spiders that combine unique characteristics to those of today. “In spiders, the ones you see with really big eyes are jumping spiders, but their eyes are regular eyes—whereas wolf spiders at nighttime, you see their eyes reflected in light like cats.”

The eye structure has implications for how these ancient spiders operated. University of Cincinnati professor of biology Nathan Morehouse told National Geographic, “More exciting to me and other vision scientists is the glimpse that the tapetum offers into the lifestyle of these ancient animals. They were likely nocturnal hunters!”

Spiders this old are usually found trapped in amber, which better preserves their remains. Finding them in soft shale that was unearthed for a construction “is so rare because they’re very soft,” Selden said, adding, “They don’t have hard shells so they very easily decay.”

The conditions must have been just right for these tiny fossils to have survived as long as they have and in such good condition. “Normally, they’d float,” Selden said, as reported by KU. “But here, they sunk, and that kept them away from decaying bacteria—it may have been a low-oxygen condition.”

Comparing the rare finds in fossil form to those suspended in amber, Selden says that the discovery in South Korea has made the team “want to go back and look at the amber fossils and see if we can find the tapetum, which stares out at you from rock fossils but isn’t so obvious in amber ones because the mode of preservation is so different.”

The question of how these spiders used their glowing eyes to their advantage is still being evaluated by researchers. While spiders with tapetum today, such as wolf spiders, have their eyes on the front, Selden said in the press release that the eyes of newly discovered species “are more at the corners of their head rather than the front, which is a bit of a mystery.”

While it’s not clear whether the spiders’ tapeta would have made their night vision clearer or blurrier, spider specialists are hopeful for more. “How these fossil spiders navigated such tradeoffs will probably remain unknown unless an even better set of fossils shows up,” Morehouse said.