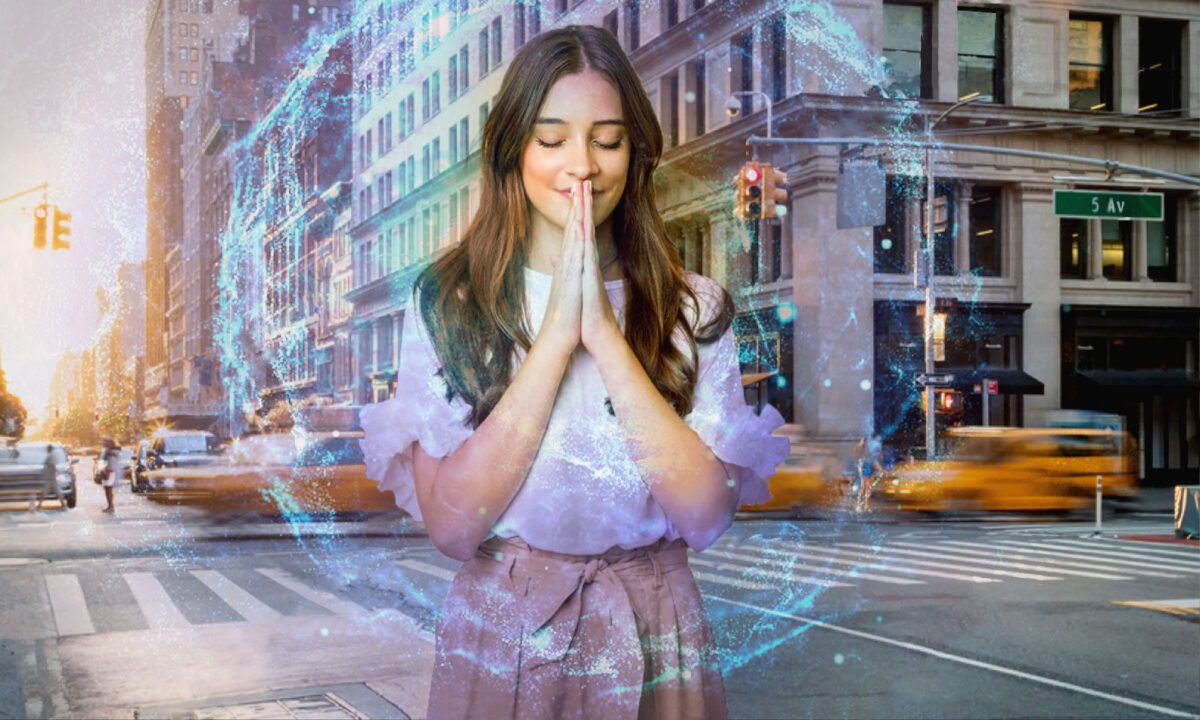 Humans Have a Mysterious Bioenergy Field That Mystics Have Always Known About: Scientific Discovery

For thousands of years, mystics have alluded to the presence of a biologically generated energy field, or aura, surrounding humans. Scientific investigation indicates this may be more than mere mysticism and folklore. Biochemist John Norman Hansen, Ph.D., at the University of Maryland has found evidence that such an energy field could be real, lending credence to what spiritual practitioners have pointed to for eons.

Dr. Hansen conducted hundreds of experiments with dozens of subjects, and his results are consistently replicable. Other scientists have also reproduced his results, including Willem H. van den Berg of the department of biochemistry and biophysics at the University of Pennsylvania, and physicist William van der Sluys at Gettysburg College, who published their study (pdf) in the Journal of Scientific Exploration on March 15, 2015.

Previous investigation of human bioenergy fields has used photon sensors. Dr. Hansen took a different approach. He wondered whether a bioenergy field, if it exists, would have enough force to push a torsion pendulum—a device sensitive enough to be moved by a subtle force. He hung the pendulum above the subject’s head and saw a clear change in the pendulum’s momentum.

He hung the pendulum above the subject’s head and saw a clear change in the pendulum’s momentum.

“After conducting control experiments to rule out effects of air currents and other artifacts, it is concluded that the effects are exerted by some kind of force field that is generated by the subject seated under the pendulum,” he explained in his 2013 study, titled “Use of a Torsion Pendulum Balance to Detect and Characterize What May Be a Human Bioenergy Field,” also published in the Journal of Scientific Exploration. “We know of no force, such as one within the electromagnetic spectrum that can account for these results. It may be that a conventional explanation for these surprising results will be discovered, but it is possible that we have observed a phenomenon that will require the development of new theoretical concepts.”

One of the outstanding observations was that the effect of the human presence continued for some 30 to 60 minutes after the human subject had already left. With other forces, such as air currents, the pendulum would immediately return to its classic, non-driven motion.

The mental state of a subject can strongly affect the behavior of the pendulum.

Every subject had roughly the same power to influence the pendulum “indicating that the effects on the pendulum require neither unique talent nor practice,” wrote Hansen in a synopsis of a talk he gave at the 34th annual Society for Scientific Exploration conference at the end of May 2015. “However, it has been observed that some subjects, especially ones that have pursued a meditative practice for many years, exert very different effects during a meditative state compared to a non-meditative state … which shows that the mental state of a subject can strongly affect the behavior of the pendulum.”

Is There a Conventional Explanation?

Van den Berg and van der Sluys used the same pendulum device—as Hansen has made the design public, encouraging others to replicate his results—and observed the same change in its movement when in proximity to a human head. They wondered, however, if this change may have been due to a change in air temperature from the heat emanated by a human head. The change in air temperature could cause convection currents, they said.

They wondered, however, if this change may have been due to a change in air temperature from the heat emanated by a human head.

They placed a layer of plastic between the head and the pendulum and found the effect on the pendulum disappeared. They suggested the plastic either cut the pendulum off from the mysterious bioenergy field, or it simply cut off the heat source.

Hansen published a reply to this study, however, noting what he sees as flaws in the theory that body heat caused the pendulum movement.

Another factor Hansen said that van den Berg failed to take into account is the persistent aftereffects. Hansen wrote: “A fundamental principle of pendulum physics is that if the pendulum is driven by an outside force and the force is removed, then the pendulum will immediately return to classic non-driven motion.”