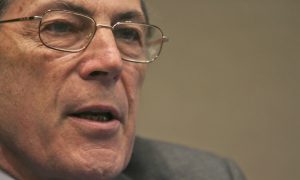 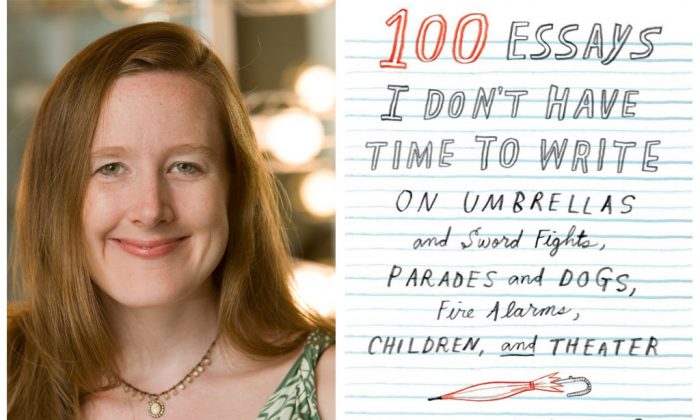 Sarah Ruhl on Her New Play and Book of Essays

NEW YORK—Inspiration for a play can come from anywhere. For Sarah Ruhl’s latest, it came from somewhere close. So close it was in her house all along: It was the babysitter.

Ruhl, the twice-Pulitzer Prize-nominated playwright, works from her Brooklyn home and spent many days caring for her three children with help from her Tibetan Buddhist nanny, Yangzom.

“She’s really one of the most patient, kind people I’ve ever met. So watching her example, I thought, ‘Hmm. Maybe there’s something to this whole Tibetan Buddhist practice.'”

Cue the long hours of research, reading, and discussion. What finally emerged is the play “The Oldest Boy,” another quirky, poetic, and ambitious entry in the playwright’s résumé.

Like much of Ruhl’s work, it mixes comedy and drama, the sacred and mundane, and a jolt of magic. “The Oldest Boy,” which is showing at Lincoln Center, marks the first time she’s used puppets in her work and delved into Buddhism.

Celia Keenan-Bolger stars as the mother of a toddler who is believed to be the reincarnation of a high Buddhist teacher. His parents must decide whether he should begin spiritual training far away or stay home.

Among the questions Ruhl is exploring: What’s the difference between love and attachment? How is your child yours? How is it not yours? How does it belong to the world? She thinks the issues cross cultural barriers.

“I’m hoping that’s the part that’s more universal and doesn’t seem in any way exotic, even though some of the religious aspects will seem exotic to a nonreligious audience,” she said.

“Her plays are both serious and often rather fantastical in their landscape, in their design, and very witty and funny,” said Bishop. “I think in all her plays, she conjures up a special world, but it’s a world that is made open and accessible to an audience.”

Ruhl is also celebrating the publication of “100 Essays I Don’t Have Time to Write,” a collection of small compositions—some no longer than a word, most just 1 1/2 pages—filled with her thoughts on playwriting and motherhood.

She reveals that the sound of crickets chirping makes her sad, that ceilings onstage make her suspicious, and that plays need not be tidy. One essay—the entire thing—is simply, “I admire minimalism.”

Ruhl, who has an older daughter and toddler twins, pecked away at the essays over five years in the tiny moments between child care demands and housekeeping chores. She said she did it for pure mental survival.

“I was hoping to convince myself that I was still a thinking person when I had no sleep and many children. It really was a way to keep writing,” she said. “In a funny way the essays were a place holder for a play I couldn’t write because I was too insane.”

Now that Ruhl has a play and a book coming out at the same time, she’s taken the semester off from teaching at Yale. But she’s sure teaching is in her future, as well as more plays and more poetry writing.

“I think I go a little batty when I don’t work,” she said. “Certainly not working isn’t good for me. Maybe I should address that. Even when the kids were really little, I had to be writing something.”