Endurance athletes have been told for decades that carb loading is necessary to perform at the top. To suggest otherwise has long been regarded as heresy — or at the very least as foolish.

But, quietly, many athletes got wind of a new type of diet — a high fat, low net carbs (total carbs minus fiber) diet — that was fueling the fittest among them. Many top athletes quickly became converts, trading bowls of pasta and oatmeal for eggs and avocados.

As their performance improved, along with their health, most athletes kept quiet, following their seemingly sacrilegious diet in the closet.

Many athletes have improved athletic performance, body composition, and energy levels after ditching carb loading for a high-fat, low-net-carb diet.

Some didn’t tell because they wanted to avoid potential backlash, but many others wanted to keep their newfound diet a secret — why tip off competitors that eating a high-fat, low-net-carbs diet was giving them a major competitive edge?

In the documentary film “Cereal Killers 2”, above, you can watch world-class triathlete Sami Inkinen’s story firsthand. Once teetering on the edge of diabetes, Inkinen learned that by changing his diet he could switch from burning sugar to burning fat as fuel, and therein lay the key to reaching new performance heights.

The idea behind carb-loading is to saturate yourself with carbs so your muscles will have plenty of glycogen to use as fuel while you exercise. Carbs are stored in your muscles and liver in the form of glycogen, which your body uses as fuel. Once this fuel runs out, fatigue sets in and your performance suffers.

Carb loading helps to increase your glycogen stores so that you’ll have more energy and be able to run farther before running out of fuel. However, if you’re burning carbs as your primary source of fuel, you’ll still need to refuel during a marathon.

This is why you’ll hear Inkinen’s wife Meredith explain how she was convinced to eat oatmeal prior to cycling events and then to consume carb-rich energy gels during the race to prevent bonking (a slang term for “hitting the wall” or running out of energy during endurance events).

Even if you’re not an athlete, this type of diet offers significant metabolic benefits that may help with weight loss while lowering levels of inflammation and risk of chronic disease.

Bonking is a common problem when you rely on sugars for fuel. The fact that you still may need to refuel your body in the midst of the event, even after carb loading prior to it, makes the notion of carb loading rather redundant and unnecessary, but that’s beside the point.

As Meredith noted, she hated the way the gels made her feel, and there’s a fundamental reason for this. Carb loading may temporarily increase exercise performance, but these benefits may be canceled out by water weight gain (your body stores water with carbs) and bothersome digestive symptoms.

Not to mention, there’s a far better fuel for your body — during endurance events and even casual exercise — fat.

Why Your Body Thrives When Using Fat as Fuel

Only when your glycogen stores are depleted will your body move to using fat as its fuel. And it’s this fat-adapted state that results in improved energy utilization and other benefits, such as stem cell regeneration and tissue repair, along with decreased body fat, reduce inflammation, and increased insulin sensitivity.

If you carb load prior to exercise, you will actually be inhibiting fat burning and many of the metabolic benefits of exercise, even if it enhances your performance temporarily.

It doesn’t matter if you’re an athlete or not — your body will thrive when using fat as fuel. This was demonstrated in the first “Cereal Killers” film, which was released in 2014.

In the first film, Donal O’Neill switched over to a diet where 70 percent of his calories came from healthy fat — most of it in the form of macadamia nuts (my personal favorite) — and the remaining 30 percent from protein and fibrous fruits and vegetables. Over the course of 28 days, O’Neill:

Avocado, the Superfood You Should Eat Every Day

O’Neill’s total cholesterol and LDL (low-density lipoprotein) levels while on the diet were also noteworthy. They went up — however, once they tested the LDL particle numbers, the results showed that his LDL particles were the largest type known, and he had virtually no small LDL particles at all. Large LDL particles are not harmful.

Only small dense LDL particles can potentially be a problem, as they can squeeze through the lining of your arteries. If they oxidize, they can cause damage and inflammation.

He also broke his own athletic record during the experiment and referred to his renewed sense of vigor as feeling like a “spring lamb.” It clearly showed the benefits of a high-fat, low-net-carb diet for athletes, many of whom are still convinced that this type of diet will make them heavy and sluggish.

On the contrary, this high and sustained energy is a hallmark of ketogenesis, where your body is burning fat rather than sugar as its primary fuel. When your body burns fat, you don’t experience the energy crashes associated with carbs.

A ketogenic diet is one that shifts your body’s metabolic engine from primarily burning carbohydrates to burning fats as its primary fuel. Your cells have the metabolic flexibility to adapt from using glucose for fuel to using ketone bodies, which come from the breakdown of fats — hence the name “ketogenic.”

Another term for this is nutritional ketosis. As an aside, many types of cancer cells do not have this adaptability and require glucose to thrive, which makes the ketogenic diet an effective therapy for combating cancer.

One of the fastest ways to prevent nutritional ketosis is by consuming sugar or net carbs, which is total carbs minus fiber. If you’re like most Westerners, whose diets are typically heavy in sugars and other carbs, then you’ve lost your ability to burn ketones efficiently.

With an ever-present supply of carbs, your liver downregulates the entire fat-burning process because it hasn’t needed to. Your fat-burning engine has been suppressed. If you eat the standard American diet, chances are you’ve lost your ability to burn body fat, despite carrying around a probably more than adequate supply of it.

By the way, it’s not only endurance athletes that experience bonking; you may experience it too and probably have if you’ve ever felt like your energy was just wiped out and you were dead on your feet. So, while it may sound ironic, eating more fat and fewer net carbs will ultimately help your body to burn more fat. There are other methods that can help you switch over to fat-burning mode too.

Former Ironman triathlete Ben Greenfield is said to have followed a ketogenic diet while training for the 2013 Ironman World Championships and experienced improved stamina, stable blood sugar, better sleep and less brain fog. Again, this might sound surprising to carb-loading enthusiasts (or be brushed off by carb-heavy sports drink makers like Pepsico who makes Gatorade) but it makes perfect sense metabolically speaking.

When You Burn Fats, You Don’t Run Out of Fuel

Cereal Killers 2 touches on research by Jeff Volek, Ph.D., a registered dietitian and professor in the Human Science Department at Ohio State University, and Dr. Stephen Phinney, a physician and true pioneer in this field, who has studied low-carb diets even longer than Volek.

“To be quite frank, they’re [endurance athletes] challenged from a fueling perspective because if they’re eating carbs, they’re inhibiting their ability to burn fat optimally. They’re putting themselves in a situation where they’re increasingly dependent on providing more carbs.

You can only store a limited amount of carbs in your body as glycogen, about 2,000 kilocalories, and if you’re exercising for more than a couple of hours, you’re burning through the majority of that stored carbohydrate.

That’s when an athlete hits the wall. We know that’s associated with obvious decrements in performance. How do you avoid that? You can carb-load. That’s been the traditional recommendation; to try to pack even more carbs into your muscles … but that will only delay exercise fatigue by a half hour or so. That doesn’t really solve the problem.

It actually exacerbates the problem in some ways. The alternative is to train your body to burn more fat. If you’re burning fat and sparing carbohydrates, you don’t hit the wall. That’s one of the most commonly perceived benefits of a low-carb diet for athletes.”

Athletes who adopt this strategy can become exceptionally good at burning fat. Even if they’re not eating calories during exercise, lean athletes have at least 20,000 to 30,000 kilocalories on their body in the form of fat tissue that they can access during exercise. That’s more than enough to finish even a 100-mile race. So from a fueling perspective, it makes sense that you’d want to burn fat as opposed to carbohydrate.

Mounting evidence suggests high-fat, low-net-carb diets may be the key that many people have been looking for, as it solves more than one problem. Not only does it help you shed excess body fat, it does so while simultaneously improving metabolism, boosting overall energy levels, lowering inflammation, promoting optimal health and maximizing longevity in a number of different ways.

If you’re interested in optimizing your fat-burning system, one effective way is to limit your net carbs (total carbs minus fiber) to under 30 to 40 grams per day and do not consume more than 1 gram of protein per kilogram of lean body mass. At the same time, you’ll want to increase your intake of healthy fats.

Many will benefit from consuming 50 percent to 85 percent of their daily calories in the form of healthy fat from avocados, organic grass-fed butter, pastured egg yolks, coconut oil, and raw nuts such as macadamia, pecans, and pine nuts. You can also consume as many low net carb vegetables (ideally organic) as you like. What you’ll notice is that consuming a diet like this means eating real foods and letting processed foods fall by the wayside. 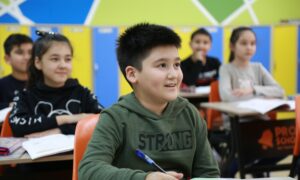 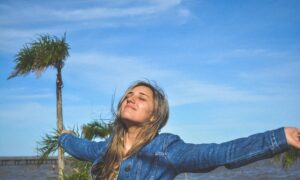 MindfulnessBy Joseph Mercola
Daily Routines: What They Are, What They Aren’t, and Why They Matter
05-16-2016
sharecomments 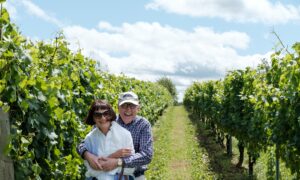 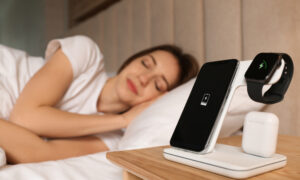 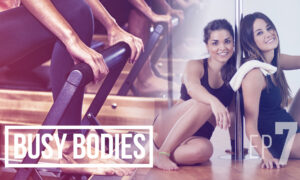