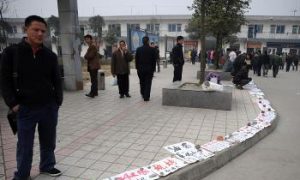 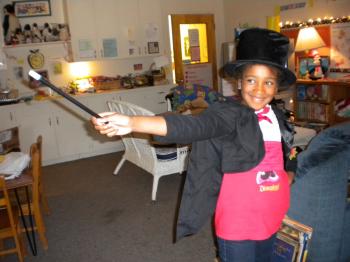 By Michael Courter
Print
The first thing you notice when you walk into Rose Scott School in Chico, Calif., is that the children look comfortable and relaxed.

“We try to make the kids feel like they are at home,” explains Cindy Carlson, the curriculum director and founder of Rose Scott School. Rose Scott specializes in taking kids who are struggling in traditional schools and giving them an environment to thrive in. Over half of the children at Rose Scott are diagnosed as having autism.

I asked Carlson about her background that led her to create her own school. She had spent 30 years in the public school system: teaching, training teachers, and running a private practice in education consulting, helping children with ADHD and other learning disabilities succeed academically. She has a master’s degree in education and wrote a thesis on multiple intelligence theory and education.

During her professional and personal journey, Carlson realized that many of the same children who struggled in school and were labeled with ADHD and learning disabilities were actually the brightest and most creative students. She calls it being gifted with ADHD. She also mentioned that 1 in 75 male births result in a child with autism. She finds that many of these children are also very intelligent. About half of the children at Rose Scott are on the autistic spectrum.

She found that these special children had a hard time bringing out their gifts in traditional school environments. But these same children thrive in Rose Scott School.

I asked Carlson how she can do this with the children in her school. Multiple intelligence theory is still a big driver of Carlson’s educational philosophy. Whereas traditional IQ encompasses verbal and mathematical acuity, Harvard professor Howard Gardner has proposed a more comprehensive theory of IQ that also includes visual/spatial, kinesthetic, intrapersonal, interpersonal, and musical intelligence. This comprehensive view of IQ has wide-ranging implications for education.

Carlson found that children who struggle in traditional education are primarily visual and kinesthetic learners and many have uneven intelligence where they have bigger strengths and weaknesses across the different types of intelligence.

Whereas traditional learning focuses heavily in mathematical and verbal intelligence, Rose Scott offers a comprehensive curriculum designed to activate all of the different types of intelligence. Music, art, and hands-on scientific experiments tap into children’s natural curiosity to learn. Using an open-structure environment, in addition to group instruction, the school allows children to pick their own projects to fuel their own educational passions.

Parents of children who are struggling in school might recognize behaviors like refusing to speak, pulling out eyelashes, or even crawling under a table to bark like a dog. This is what Carlson’s students were doing before they came to her school, but the children at Rose Scott all seemed so relaxed and at ease. One of the things I noticed in my several hours at Rose Scott was a complete absence of the children teasing and insulting each other, something that is endemic in most school settings.

I asked Carlson how she is able to create this atmosphere in her school. She says that she makes sure everyone’s needs are valued equally and that there is no hierarchical system, which reduces the competition for power.

“We don’t have a discipline plan; we have a communication plan,” explains Carlson. The children are taught to be empathetic to their own needs and the needs of the other children, and to take care of each other.

The environment is also very informal. It is a home-like environment that reduces the children’s anxiety, and the children are encouraged to speak up and have a “grand conversation” about the topics they are studying. Carlson says that she wants the children to feel they are sitting around a dining room table, instead of creating and institutional environment.

Maybe Carlson is so understanding of the needs of the children in her school because of her own struggles with academic systems, both as a student and teacher. See, Carlson is also gifted with ADHD, as are most of the other staff members.

They understand the psychological pain and ridicule that children go through as nontraditional learners in a traditional learning environment. That is why at Rose Scott School, it is OK to be different. There, children’s passions and creativity lead the way on their own academic journey.