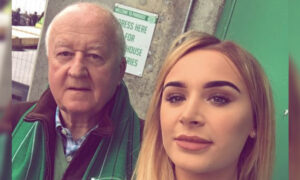 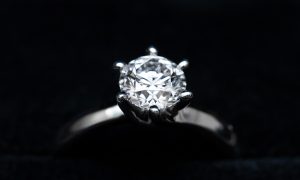 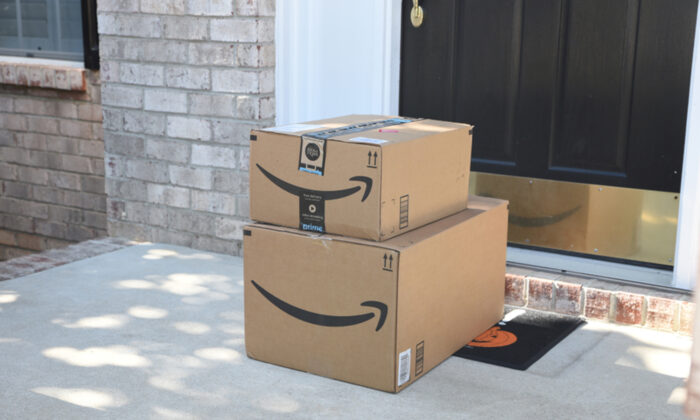 A group of housemates planned a hilarious prank for a serial parcel thief after noticing that their Amazon doorstep deliveries were going missing. The roommates decided to leave an unexpected haul for their thief.

On April 16, 2020, Reddit user TheLastDeBarge shared two photos depicting the unassuming “mystery parcel” and its contents. The caption read: “Days worth of dirty diapers for whoever keeps stealing packages off our porch.”

The photo on the left-hand side shows a sealed Amazon package, placed on the doorstep of the home as bait for the serial parcel thief. The photo on the right-hand side depicts the inside of the box, filled to bursting with used, dirty diapers. A handwritten note lying on top of the diapers lets the thief know that they’ve been rumbled.

The Epoch Times spoke to the Reddit user and ascertained that Amazon packages had been stolen on multiple occasions. “We had enough,” they said. “My roommate put his daughter’s dirty diapers in an old Amazon box, and we set it out as a trap.”

“Unfortunately [our thief] did not take the bait, but we plan on doing it again,” Reddit user TheLastDeBarge told The Epoch Times.

Next time, they said, they would fill the box “with something even more useless. Maybe rocks or CVS receipts.”

While the thief seemed to exercise discretion by leaving the box of dirty diapers on the doorstep, the social media users still had a good laugh at the kleptomaniac’s expense. The original Reddit post received more than 98,000 upvotes in just 24 hours, and comments flooded in from amused users.

“Someone was stealing our newspaper in the days before internet (yes, I’m old),” one Reddit user shared. “My roommate and I took an old newspaper, filled it with day-old spaghetti, wrapped it up really nice and placed it on the porch before we went to bed. The thief took it and never came back.”

“Put a huge, obvious ‘security camera in use’ sign up at eye level where the packages get put,” one social media user suggested. “I had a camera installed, but the thefts finally stopped after the sign went up. Criminals don’t want to be filmed.”

“To be truly effective on your next attempt cut the bottom of the box so you can’t see the tape job,” another Reddit user suggested, adding, “I love it! Thieves deserve everything coming to them.”

In light of the enforced closure of most shops selling non-essential items in order to combat the spreading of the global pandemic, many shoppers are turning to online retailers, such as Amazon, for home deliveries. Online shopping is a highly recommended alternative to leaving the house during the outbreak in many places, as it helps ensure that preventative measures such as social distancing and avoiding non-essential travel are met.

In a media statement, Amazon said, “We believe our role serving customers in this time is a critical one. As COVID-19 has spread, we’ve seen an increase in people shopping online.”