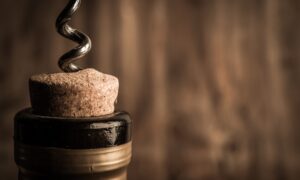 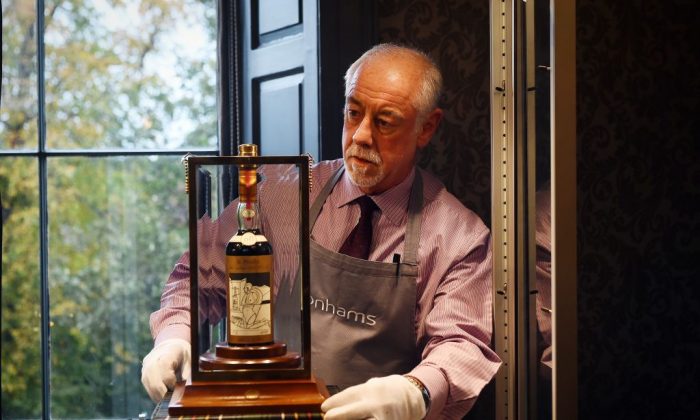 The Macallan Valerio Adami 1926, on show during its auction in Edinburgh. (Andy Buchanan/AFP/Getty Images)
Drinks

‘Rolls Royce’ of Whiskies Sold for Record $1.1 Million at Auction

The buyer was a private collector from Asia who bid by phone, auctioneer Bonhams said. The firm sold one of 12 other bottles with a label by the Italian artist Adami in May this year for 814,091 pounds ($1 million).

Such whiskies are collectors’ items because of their rarity and will probably not actually be drunk, said Martin Green, whiskey specialist at the auction.

“It’s the Rolls Royce of malts,” he said.

“Obviously, we don’t know what will happen to it, but anyone who can spend around a million pounds for a bottle of whisky could afford to drink it. But it’s an object of beauty in its own right—almost a museum piece.”

Just 24 bottles of the whisky, bottled in 1986, were produced by Macallan, among the best-known Speyside distillers of Scotland’s flagship product.

It commissioned Adami and Peter Blake, known for co-designing the album sleeve for The Beatles’ “Sgt. Pepper’s Lonely Hearts Club Band,” to each design labels for 12 bottles.

It is not known how many Adami’s still exist. One is said to have been destroyed in an earthquake in Japan in 2011, and it is believed that at least one of them has been opened and drunk.