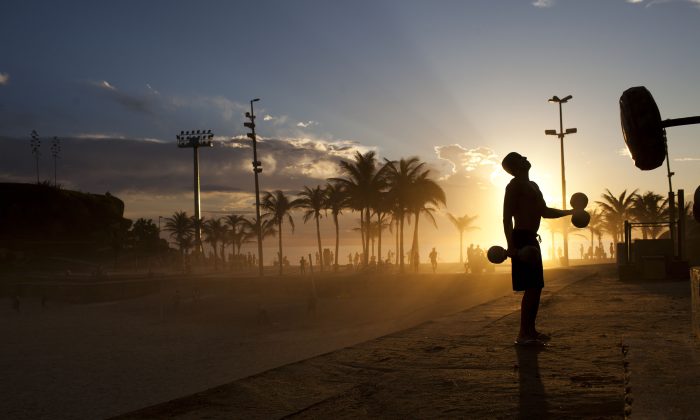 Felipe Dana is not only an excellent photojournalist, but also a master of perspective. I mean, he gets the great shots in a great way. Sometimes novel, sometimes artistic, and sometimes imbuing the image with an additional meaning.

He was born in Rio de Janeiro in 1985 and set out on his journey as a photographer 15 years later as an assistant to other photographers.

In 2009 he moved on to professional photojournalism. He’s been covering sporting events, carnivals, celebrations—all the glamour one associates with Brazil. But again and again his focus was drawn to the murky side of the metropolis—the slums.

Before the 2014 World Cup, the Brazilian government funneled thousands of military police and soldiers to slums to break drug gangs’ grip over the areas. Before the 2016 Olympics lot of the slums were supposed to be rebuilt. None of this is coming easy and Dana has been around to show us as an Associated Press staff photographer.

In 2013, his picture of a crying 15 years old crack-addicted girl in one of the slums earned him World Press Photo award.

Yet Dana also found many examples of joy inside the slums, sprawling life despite all adversities. And that is Rio as well.

From another point of view, it seems unusual for a professional photographer to stay so laser-focused on one locale. Looking at his photos taken over the years, Dana has the ability to carve out a complete picture of Rio in our minds. So let him!

As always. I’d be glad for your comments. Would you like to see more of Felipe Dana’s work? Or do you have another photographer in mind whose work the world should see?