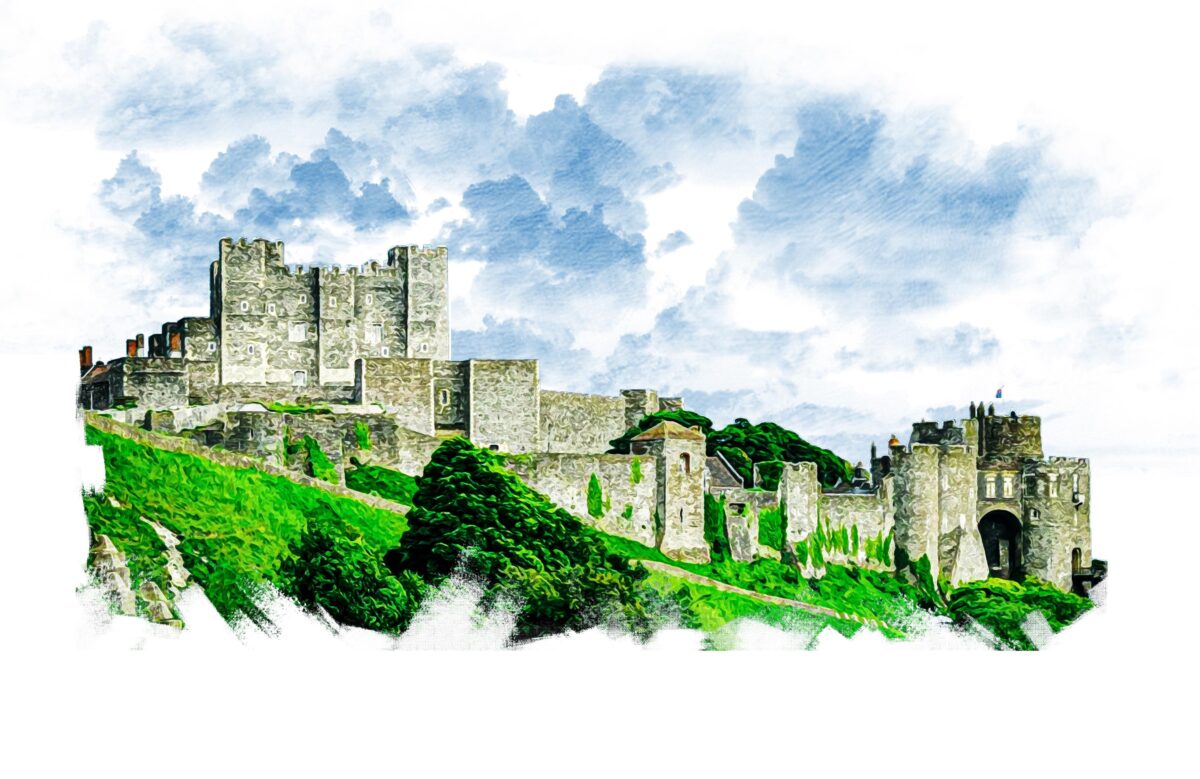 Richer Than a King: Valuable Life Lessons from a Grandfather Who Was Everything Henry VIII Was Not

Childhood memories of a wonder granddad who was everything King Henry VIII was not
BY Rachael Dymski TIMEAugust 12, 2022 PRINT

The summer I turned 13, my parents put me on a plane and sent me across the Atlantic for a week at my grandparents’ bungalow in Haddenham, England. I was thrilled: as one of four children and nine grandchildren, one-on-one time with my grandparents was hard to come by. I would have an entire week of my grandma’s cooking and my granddad’s stories.

Their bungalow was a sturdy house, with a warm spot on the carpet that always caught the sun and a stone garden wall that dated back to the 1500s. Every morning, we had homemade bread on the back patio next to the fish pond, and every evening, we had ice cream and watched their favorite BBC show. We fed the ducks in Ely, a town about 10 minutes from Haddenham; visited cathedrals; ate fish and chips next to the river; and went to the National Stud Farm, which, as an avid horse rider, was a real treat. But my very favorite day was when we made the drive to southeast England to visit Dover Castle.

My granddad has always been a lover of history. He grew up in the north of England and had a strong accent. I can remember many walks as a child that involved a history lesson from him. He was the type of man who seemed to know something about everything: where parts for that train were made, what battle was fought on that hill, what the making of that cathedral entailed. He was so soft-spoken that you would only get the history lesson if you happened to be walking right next to him. But when he was in the right mood, he would crack jokes I didn’t understand and chuckle at them as he went.

On that day at Dover Castle, there was a special exhibition for King Henry VIII, the redheaded king renowned for his volatile temper and six wives. My granddad used to love the rhyme, “Divorced, beheaded, died, divorced, beheaded, survived,” to explain the fate of each wife.

Dover Castle is an incredible compound. Situated on the white cliffs on the narrowest sea-crossing between France and England, the castle stood on an important and strategic location to protect England from invasion. The castle, built during the reign of Henry II in 1179, was one of the most modern and intricate castles in Europe.

During the reign of King Henry VIII (1509–47), the castle was just as crucial, especially as Henry built artillery forts along the coast of England to ward off French invasion. The castle was used again during the Napoleonic wars, and then in both World Wars I and II. Today, visitors can explore the fascinating castle tunnels built into the chalk cliffs, from which Operation Dynamo, the Dunkirk rescue, was organized.

Of course, none of this was important to me as a girl on the brink of 13. What I cared about was that it was a perfect, sunny, breezy day, and that we had bacon baps on the castle steps with our faces turned to the sun. I cared about visiting the much-anticipated bedchamber of Henry VIII, where they showed the enormous toilet he used later in life, when his legs were covered in ulcers and his body was overweight.

I barely thought twice, that day, about the number of steps my granddad walked with me, about the fact that his legs and humor were in perfect condition. I took for granted my granddad’s vast knowledge of Henry VIII, of his military escapades and failed marriages.

I find it interesting, now, that my granddad had such an interest in a king who was his opposite in nearly every way. King Henry VIII had enormous power and privilege handed to him at birth. From childhood, my granddad understood hard work and that nothing in life was going to be handed to him. He and my grandma raised three children while he worked on the railroad and put himself through night school.

I went back to Dover Castle a few weeks ago with my husband and children. My grandma couldn’t make the trip; her hips will no longer allow her to scale the number of steps on the compound. The castle has been restored to the time of Henry II: There was no enormous chamber pot to be found.

As I walked around the castle, I found myself longing for my granddad’s soft, northern accent, for one of his impromptu history lessons. I wanted to ask him why he liked history so much, and why he was fascinated by this king who was nothing like him. I felt the sting, in every room, of all the questions I never asked him, of all the things I would like to know now, of the mind that is now inaccessible to me.

As I stood on the castle roof, overlooking the surrounding hills and sea, I wondered if my granddad’s interest in this king grew from the knowledge that he had something Henry the king never did: familial contentment, which made him richer than any king.

Is there a family member who has made a positive impact on your life? American Essence invites you to share about your family roots; the lessons passed down from generation to generation; and the people who still inspire you to this day. We welcome you to send your submission to editor@americanessencemag.com

Rachael Dymski
Follow
Rachael Dymski is an author, florist, and mom to two little girls. She’s currently writing a novel about the German occupation of the Channel Islands and blogs on her website, RachaelDymski.com
SHARE
Friends Read FreeCopyFacebookTweet
You May Also Like