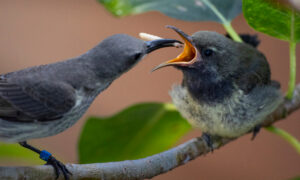 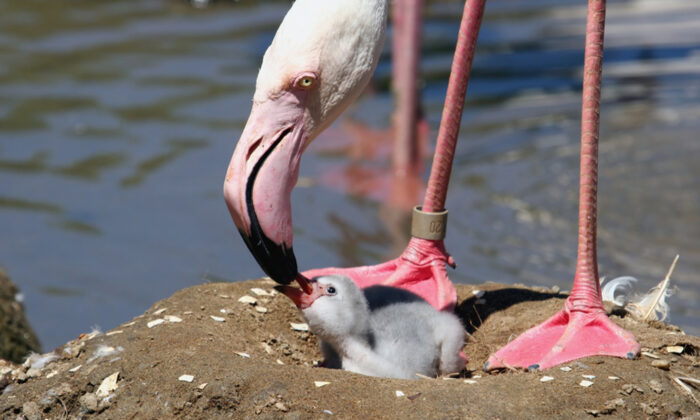 “This now five-day-old chick is a historical birth for our zoo,” they posted on Oct.5, “the first flamingo born at RWPZoo in 22 years.”

The chick’s mother is reportedly healthy and “doing a great job” of tending to her baby. Keepers and veterinarians are also on hand to monitor the newborn chick’s progression.

Flamingo parents are egalitarian when it comes to nursing duties, the zoo explained; both parents take turns feeding their newborn a fluid known as “crop milk,” a nourishing liquid produced as part of their digestive systems.

Adult flamingos are famed for their curved black-tipped bills and pink feathers. The latter feature owes to beta carotene, a red-orange pigment found in the algae, larvae, and brine shrimp that constitute the flamingo’s wetland diet, according to Encyclopaedia Britannica.

However, young flamingos hatch with soft gray-white feathers and a straight bill that will gradually curve downward as they mature.