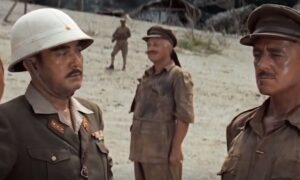 Rewind, Review, and Re-Rate: ‘The Bridge on the River Kwai’: A Masterpiece That Only Gets Better With Time
0
Share Now
TelegramFacebookTweetEmailTellMeWeReddit
Copy Link 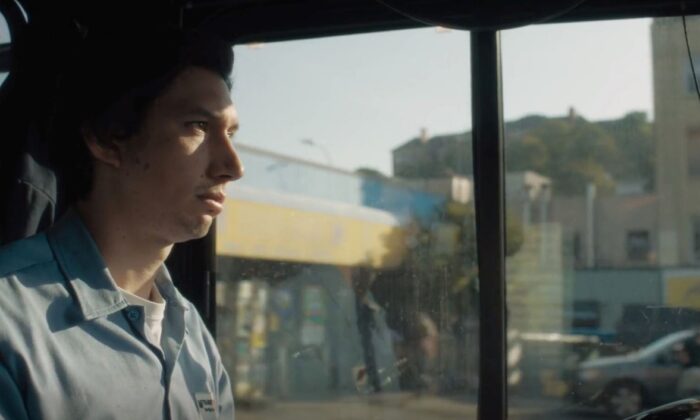 Rewind, Review, and Re-rate: ‘Paterson’: Elevating the Ordinary to the Extraordinary

Many films recount the lives of famous creative folk throughout the ages. Most of them, however, are about the world’s revered visual artists. Films about important poets, on the other hand, seem to be less popular. Besides a few standouts, such as 1998’s “Shakespeare in Love,” there haven’t been many that have had much of an impact.

Perhaps a correlation could be drawn between the creative arts themselves. Whereas visual art seems to be perceived as instantly gratifying and videos have become increasingly popular, poetry is ebbing, especially among the younger generations.

Paterson, who coincidentally lives in the city of Paterson, New Jersey, lives with his wife, Laura (Golshifteh Farahani), and their English bulldog, Marvin. Laura is also creative; she loves to bake and has dreams of opening her own bakery one day.

The film’s narrative unfolds over the course of one week, with Paterson waking up every morning at a specific time, with a top-down shot of the couple in bed. He usually kisses her and then walks into the kitchen for a cup full of cereal for breakfast. From there, he takes his usual walk to the bus depot, boards his bus for the day, and waits for his supervisor to give him the go-ahead to begin his route.

While waiting, Paterson typically pulls out his notebook and jots down some lines of poetry. As he writes, the text appears on-screen as Paterson narrates it. The poems usually start off rather mundanely—his love poem to Laura that was inspired by a box of matches—but gradually grow into beautifully rendered literary concoctions.

As Paterson drives along his route, he eavesdrops on the conversations of passengers who sit closest to the driver’s seat. The conversations are of the type that we’ve all overheard before—ordinary banter about people’s activities, observations, and the like.

Through Paterson’s subtle reactions, such as faintly smiling when a couple of guys talk about their relations with women, we get pulled in to his state of being. We get the gist that he dances on the thin line that many creative folks do—at once both passive (almost in a meditative state) yet actively in tune with his surroundings and openly taking things in.

When Paterson gets off work, he likes to take Marvin for neighborhood strolls, which usually involves stopping at his favorite watering hole, Shades Bar. In a homey environment reminiscent of the long-running TV series “Cheers,” Paterson observes and interacts with the establishment’s regulars.

There’s Doc (Barry Shabaka Henley), the resident bartender, an old-timer who likes to play chess against himself and chat with Paterson about the city’s storied past. And then there’s a slice of neighborhood drama in the form of Everett (William Jackson Harper), a man who feels jilted by Marie (Chasten Harmon), his childhood friend-turned lover-turned ex. Although Marie says that she doesn’t want to be around Everett, she always seems to end up at the same bar that he frequents.

While most of Paterson and Laura’s family life is shown within their home, they do venture out for dinner near the end of the film. While out and about, something happens (no spoiler) that sets Paterson back. But a random encounter at the film’s end gives a hopeful message, both literally and symbolically.

Jarmusch’s filmmaking techniques work well with Driver’s subtle, expressive face. Filled with long shots, the film enables the viewer to reflect on what its characters are going through. While I’m a usually fan of this of technique, some scenes seemed unnecessary, such as showing Paterson walking out of his house every single day of the week. While this repetition may work well for poetry, film operates on different principles. Without these, the film could have easily been 30-minute shorter and just as impactful, if not more.

And while for the most part, the acting was generally good across the board, Farahani delivers many of her lines in vocal fry (the guttural, frog-like croaking at the back of the throat), which renders them indecipherable. I had to replay her dialogue at certain points to understand what she was saying.

Despite these minor quibbles, “Paterson” is an enjoyable film to watch that celebrates the sometimes profound nature of ordinary, everyday life, in an almost Zen-like way.