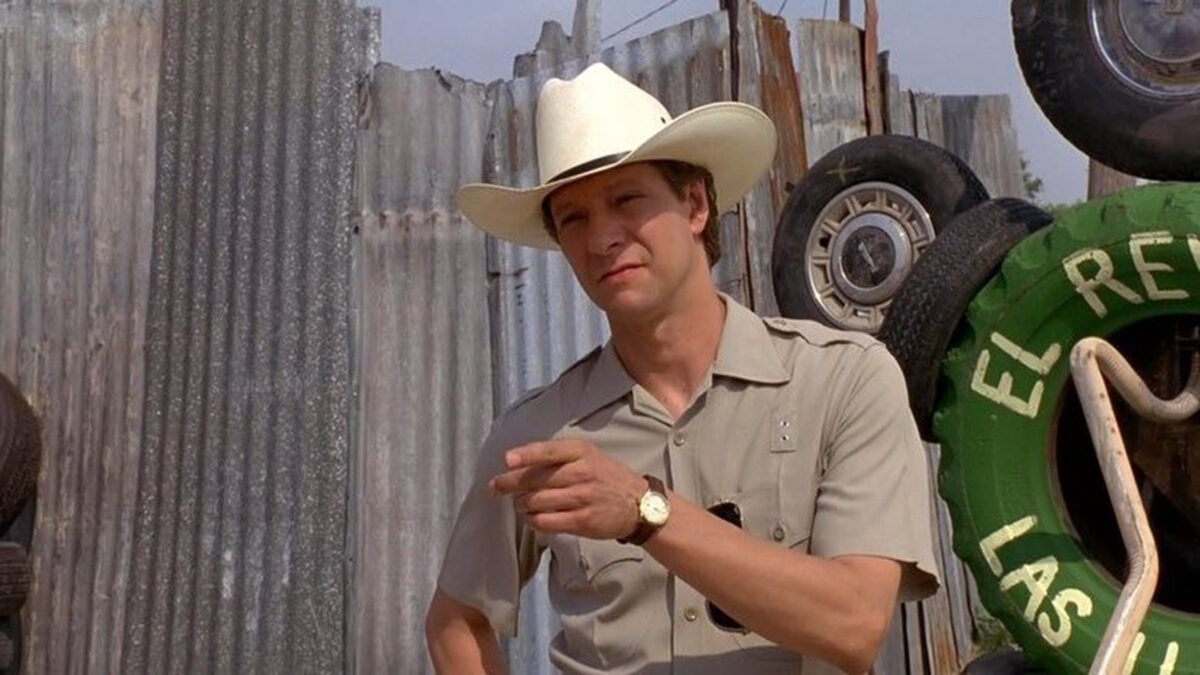 The great American Western may have faded in popularity over the past few decades, but there have been some standouts here and there. This small pool includes a broad range of films, from 1985’s crime-drama “Silverado,” to the phenomenal indie-Western “Corsicana,” which just recently debuted. “Lone Star” (1996) is one of these.

“Lone Star,” directed by John Sayles, a very different kind of Western. It meshes understated performances with gradual, slow-burn pacing, giving its fascinating and mysterious plot due time to build up to its ultimate crescendo. You won’t see any over-the-top gunfights or razzle dazzle. Sayles takes a much more subtle approach here, letting the story unfurl naturally.

The movie takes place in the small town of Frontera, aptly named since it’s just on the Texas side of the Mexican border. The skeleton of a human male is discovered at an Army firing range, and it’s suspected to belong to the corrupt sheriff Charlie Wade (Kris Kristofferson), who used to run Frontera in the past.

The current sheriff of Frontera, Sam Deeds (Chris Cooper), becomes fascinated by the discovery of the remains, because his late father, Buddy Deeds (Matthew McConaughey), once worked for Charlie. But unlike Charlie, Buddy was a beloved member of the local community.

However, when Sam begins to suspect that Buddy may have been the one responsible for Charlie’s death, he begins his own investigations in order to get to the bottom of the murky mystery.

As Sam begins to delve into the secrets of the past, he crosses paths with a number of characters, including local high school teacher Pilar Cruz (Elizabeth Peña), an old flame of his; bar owner Otis Payne (Ron Canada); and Frontera’s current mayor, Hollis Pogue (Clifton James), who is also one of Charlie’s former deputies.

Like any good “whodunit,” you never know who is responsible for what (if anything) and have to go along for the ride with the protagonist. In this case, each of these characters holds a piece to this decades’ old mystery.

A number of familial, ethnic, and social-political elements have influenced the town’s past and current circumstances. Frontera is a place where blacks, whites, Native Americans, and Mexican Americans have different perspectives on things. For example, we get to see the personal struggles of Pilar, a Mexican-American teacher who is at odds with the school board over her unique depiction of the Battle of the Alamo.

Fortunately, due to Sayles’s naturalistic style of filmmaking, each of these side stories feels earnest and realistic, as if plucked from real-life situations and histories. The brilliantly understated acting performances also lend a sense of intimacy that draw the viewer into their stories. Chris Cooper, in particular, turns in a nuanced, yet powerful performance as a man desperately struggling to resolve a murder mystery involving his family.

What’s also enjoyable about Sayles’ storytelling method, is that although there are a number of characters in the film, none of them feel shabbily rendered. Instead, we get a surprising amount of depth here, which leads to curiosity about their backstories.

This movie reminds me of a great page-turner, where you almost want to sneak ahead in the book to greedily find out what happens next. But with “Long Star,” it’s better to sit back and enjoy this incredibly entertaining (bereft of flash, mind you) ride.