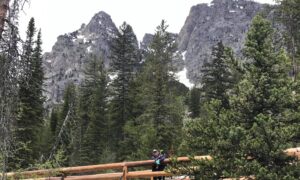 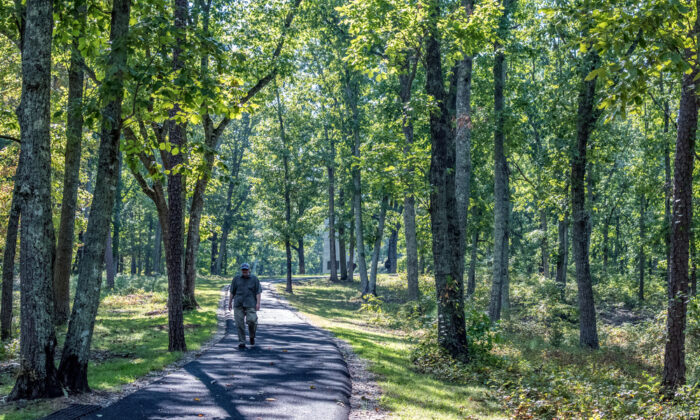 Up a windy road lined with trees in Blacksburg, South Carolina, stands Kings Mountain National Military Park. My children, ages 2 and 4, had begged us to stay at the nearby (and equally beautiful) Kings Mountain State Park, which had, among other amenities, an impressive playground. Luckily, my husband is as enthusiastic a lover of history as I am, and we soon found ourselves strolling the trail at the national park, our children lost at play as they ran circles around us.

Due to COVID-19, the visitor’s center is currently closed, but a park ranger met us outside with some details about the park. As we approached, a small crowd gathered around the ranger. I heard one man explain that a relative of his fought here at Kings Mountain, and this was his first visit to the park. I was surprised at first to note the emotion in his voice as he spoke, and then remembered that I shouldn’t have been.

Parks and memorials exist to remind us of our past, and this facet of our nation’s collective past was very personal to him. The national park at Kings Mountain pays tribute to ordinary men who fought bravely for the seed of a nation in its very beginnings.

As President Herbert Hoover said during his visit to the battlefield on its 150th anniversary in 1930: “Here less than a thousand men, inspired by the urge of freedom, defeated a superior force … it was a little army and a little battle, but it was of mighty portent. History has done scant justice to its significance, which rightly should place it beside Lexington, Bunker Hill, Trenton, and Yorktown.”

The battle of Kings Mountain is considered by many historians the turning point of the Revolutionary War in the South. In October 1780, the loyalties of the South were fiercely divided, sometimes even among households. Skirmishes between loyalists and patriots erupted even as the war drew to a close. Kings Mountain is unique in that it is one of the few battles of the war fought entirely by Americans on both sides.

In August 1780, British Gen. Charles Lord Cornwallis moved his troops into North Carolina. To protect his flank, he sent Maj. Patrick Ferguson and 1,000 men westward to stand guard. By early October, Ferguson received word that American militiamen from the Carolinas and parts of Tennessee were gaining on his men. Ferguson and his men assumed fighting positions in the highest, most strategic place on Kings Mountain.

Despite the downhill disadvantage of the Over Mountain Men, the patriot fighters surrounded and eventually overwhelmed Ferguson’s men, whooping and hollering as they gained ground. In the course of battle, Ferguson was shot down from his horse and died. The Loyalists surrendered shortly thereafter, marking a significant blow for the British forces.

What is fascinating about the Battle of Kings Mountain is that no one general or leader secured the victory. Historian Jack Kelly wrote that “the crude, spirited, hardy determined volunteers who crossed the mountains served, Washington said, ‘as proof of the spirit and resources of the country.’” These Over Mountain Men had a stake in the land and were willing to fight for it.

Today, Kings Mountain is a tranquil, scenic setting, open to the public daily from 9 a.m. to 5 p.m. The 1 1/2-mile paved path up to the Kings Mountain Monument was an easy one for our children to make, and the 83-foot monument at the end is well worth the walk. The park has other more strenuous trails available for hiking as well.

As we walked, I wondered what it felt like for the man I met earlier to retrace the footsteps of his distant relative; to stand on the shoulders of the man he called kin but had never known face to face. It was a reminder to me that heroes, before they get their label, are ordinary men and women. This man’s relative might have fought for his family and his property, but in doing so, he gave a gift to many of us, years later. The men who fought at Kings Mountain held on to an idea that was bigger than any one individual, and in doing so, they gave us a significant part of our heritage.

Rachael Dymski is an author, florist, and mom to two little girls. She is currently writing a novel about the German occupation of the Channel Islands and blogs on her website, RachaelDymski.com.