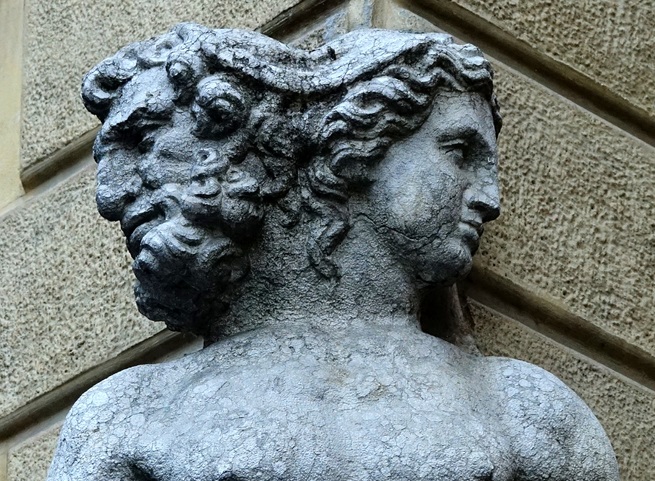 Reviewing 2021 in the Month of Janus, Part 1: Abandoning Purpose in Life for Our Feelings

We have just left the month of January. January was named after the Roman god Janus, who had two heads: one looking forward, which meant that he was the god of new beginnings, and one looking backward, which meant he was a god of wisdom. Because, of course, we need to learn from what has gone before, and failure to do so means we end up in a futile cycle of defeat and despair. If, therefore, I were to invite you to identify what one thing would you consider the most significant, important, or noticeable of the year 2021, what would you say?

I guess most of us want to talk about the big stuff: certainly, COVID is alive and well, and all its ramifications. Are vaccine passports the big issue? Or maybe you think the first year of Joe Biden’s presidency is worth much more commentary? Or even, is it international issues such as what China or Russia are doing and the tensions that are building up? Or climate change—does that need addressing? These are all big and important things, but for me, I sometimes think we need a more Sherlock Holmesian approach to reviewing the data.

You will recall that Holmes frequently spurned the big clues that Dr. Watson and others always thought solved the case; for Holmes, it was often the small details that were most revealing. And so, if Janus-like we look back at 2021 in order to increase our stock of wisdom, so that we can consider more pointedly how to go forward, then I would like to identify one small detail that I have noticed with increasing frequency.

And it is this: As a business person, I am a regular user of LinkedIn. I have been a user for well over 10 years, indeed close to when it was first launched. For those who don’t know, LinkedIn is a kind of platform, like Facebook; only unlike Facebook, which is for personal connections, family, friends, relationships, it is for business networking. The whole rationale of LinkedIn (and there are some 770-plus million people on it) is to promote business: recruitment, selling, networking, and so on. One posts business stuff on it, not personal stuff (except in relatively rare cases). That’s the point of it.

But in 2021, we had a glut of posts—an avalanche of posts—that were firstly all connecting to the “positivity” trend of advocating wellness, resilience, and kindness as a sort of universal panacea.

Secondly, as these unoriginal memes proliferate, there has grown up with them a darker side. Namely, LinkedIn now abounds with posts about people’s personal mental problems, depressions, impostor syndromes, suicides (of their loved ones or friends), and such other and like stuff that is clearly NOT business related—except, of course, as by being now accepted as normal on LinkedIn.

All this emotional, personal stuff is becoming itself a business! This is surprising and quite different from what we once considered business to be: a transaction between two parties in which honesty, courtesy, respect, decency, and goodwill were manifested for mutual benefit. Business was not at any point thought to be a replacement for the deeper human contact that came from family and friends and one’s wider social circle. It is perhaps indicative that such deeper relationships are now at the point of collapse, which is why business people are now seeking such depths in LinkedIn posts.

There is, too, in all this emotional welter a sense that many of these people are seeking—craving even—some sort of validation for their experiences. The validation occurs in two ways. First, they get their followers to comment with statements like, “how brave,” “authentic,” “real”; and then, the longer-term objective seems to be the normalization of the pathological condition. I say “pathological” not as a judgment call but as a reminder that being depressed or suicidal is not normal or desirable. The healthy human being seeks to avoid these conditions. What we want is joy and life.

Put another way, rather than getting confirmation that having mental health problems is normal because so many other people have them and can relate to them, it might be better to think about this question: What can I do to redress mental problems? True, support from other people can be vital in these situations, but the trouble with the way this escalates on LinkedIn (and elsewhere) is that we form ghettos celebrating our problems rather than finding a way through or past them.

And this leads to another pattern I have noticed with many of these posts. Frequently, as they wrestle with expressing their mental states and suicidal thoughts, they somewhere along the line reveal that they cannot see the purpose of life, or see a point in anything. Then, leaving the issue unresolved, they conclude with the best they can do: a final meme, and the most popular here must surely be “So everyone, be kind.” They leave us with rationality’s (and the Enlightenment’s) final aspirational ethic on the topic of meaning. Sadly, however, an ethic in itself does not produce meaning, for how does “being kind” contribute to one’s seeing the purpose of life?

Perhaps the original formulation of the meme “being kind” was from Philo of Alexandria (circa 20 B.C.–A.D. 50) who is reported to have said: “Be kind. Everyone you meet is carrying a big problem.” Being kind is, of course, a good thing and accords with all the major religious traditions, but eviscerated from these other religious contexts, what does it amount to? Really, “be kind” is just a throwaway and virtue-signaling semaphore that, at bottom, says “I’m a good person, really, aren’t I? Validate me.”

This, then, is the small detail I have noticed. Like COVID, this need for validation has become an epidemic even on LinkedIn, so goodness knows what it is like on other social media sites, which I do not follow so closely. But the important thing is that it is telling us something critically important about people and society: People are increasingly feeling, and in larger and larger numbers, wholly lost. They don’t know who they are, where they are going, and why. They are in an emotional turmoil and stew, and it seems to me that the rational faculty is largely turning itself off as people abandon themselves to how they feel.

Of course, how we feel changes; it is unstable. So as a barometer of who we are, it is extremely unreliable—like the weather in England!

There is, of course, no easy solution to this. But if I were to start outlining a beginning (for Janus), I would start with an important model that I outline in my book “Mapping Motivation for Coaching” (co-written with Bevis Moynan) and which is featured in Stephen Covey’s famous book “The 7 Habits of Highly Effective People.” Basically, the one and whole human being is made up of four essential strands or levels: body (physical-doing), emotions (emotional-feeling), mind (mental-thinking) and spirit (spiritual-knowing/being, which also might be described by some as “existential”). These levels are not discrete; they impact each other.

A primary mistake the Western world has made is that it has predicated the physical level as being the most important. We see this every day when joggers run past us, cyclists pedal with all their flash kit on, gym membership escalates, when challenges for marathons bring in tens of thousands, health watches proliferate, and so on. And then we have the nutritional crazes to lose weight, get healthy, live forever, and government or local authority initiatives seek to reduce fat or sugar content in school meals, and so on. Never has there been such a focus on achieving physical health while at the same time experiencing rocketing obesity, and drug- and drink-related health problems.

But what if instead of trying to fix our problems at the physical level—diet and exercise—we attempted to review our life at the spiritual (or existential) level? What would that look like? I think there are three primary questions that we would need to ask ourselves if we were to have any chance of really grappling with some of the issues. In part 2 of this article, I will outline what I think these three questions are. Perhaps, Janus-like, you might want to look ahead and figure out what they might be.