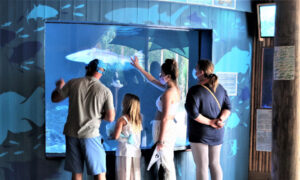 Several lifetimes are not enough to explore Rome. Ruins are still being excavated, restored, and preserved for the next millennium. On my most recent of many trips to Rome, I wasn’t surprised to make new discoveries and to find better ways to enjoy favourite places and flavours. This trip, I took my daughter and grandson.

Two of Rome’s most beautiful piazzas—Piazza Navona, with its glorious fountains, and Piazza della Rotonda, where the Pantheon sits—are usually packed with large tour groups and opportunistic beggars. Just getting into the Pantheon is often a challenge.

However, we discovered that at 8 a.m. both piazzas are nearly deserted. We enjoyed cappuccino and croissants at an outdoor café in Piazza della Rotunda while admiring the Pantheon’s closed, bronze doors. Our light breakfast was pricey, but we were paying for an unobstructed view of a 2,000-year-old architectural wonder. The doors opened at 8:30, and less than 20 people joined us as we tried to tell time by the oculus and admired the marble statues.

Our light breakfast was pricey, but we were paying for an unobstructed view of a 2,000-year-old architectural wonder.

Another early bird secret is St. Peter’s Basilica. Here, the lineups are daunting. But we left our apartment at 7:30 a.m. and after a 20-minute walk to Vatican City we breezed right in—albeit through metal detectors and Swiss guards checking to see that shoulders and knees were respectably covered.

Mass was being said in several side chapels, closed to casual visitors. But the main portion of the church was open, and there was no line to enter the treasury. Here, for a small fee, we saw centuries-old religious relics and vestments used by Pope John Paul II. When we left the church around 9:30, the wait time was more than an hour.

A Gelato a Day

My favourite pensiones in the city centre were booked seven months in advance. So I contacted Doorways Villa Vacations, a Pennsylvania-based company that rents villas and apartments in Europe, and rented an apartment that was not much more than a pensione for three people. It was near Piazza Navona and completely equipped with linens, kitchen appliances, washing machine, wifi, and TV. After the frenzy of Rome, it was refreshing to come home with shopping bags of fresh pasta, cheese, and produce—a money-saver with very little effort. The food was so fresh, it was a delight to prepare and eat.

A gelato a day is an unwritten expectation in Italy, and Rome does not disappoint in its artisan gelato. Avoid gelaterias displaying large cardboard cones with multi-coloured scoops. You won’t find delicious gelato there. Check out the shops that make their own gelato from fresh ingredients.

Giolitti’s near the Pantheon is perhaps the most famous. Michele Obama took her daughters there. Considering the lines, everyone else goes there, too. We found a less-crowded artisan gelateria, also near the Pantheon: Don Nino Gelateria & Pasticceria (Via Borgognona 11). In addition to many flavours of gelato, the shop has fresh Sicilian pastries.

The lineups to get into the Coliseum can look like the population of Montana, so guided tours that skip the lines are a sensible choice. Selecting a tour company is the problem. Some offer multilingual tours of up to three languages, so more time is spent in translation than in imparting information you can understand.

The Roman Guy offers individual and small group tours, and its three-hour tour of the Coliseum, Forum, and Palatine Hill is outstanding. The guide surpassed the guide books in information.

We explored restricted areas of the Coliseum including the dungeons where wild animals were once kept. We retraced the steps of gladiators by walking out onto the arena floor. After that, we climbed to the third tier for a magnificent view of Rome and learned that vomitorium is not a room for overstuffed Romans, but a design feature allowing 50,000 spectators to pour out of the Coliseum in three minutes.

Like Paris, Rome is a moveable feast. A great find one year may have “gone tourist” the next with inferior food and a wait staff that quickly moves patrons out. An Italian dinner is a three- to four-hour event. Thanks to a Roman friend, we discovered Il Bocconcino (Via Ostilia 23), a neighbourhood trattoria near the Coliseum.

With indoor and outdoor seating and no music to interfere with conversation, Il Bocconcino is both intimate and homey. They make their pasta, and purchase produce daily at local markets. Desserts are imaginative and house-made. But by the time it came to eat dessert we were full. However, the waiter assured us the 20-minute wait for an off-menu chocolate and cream dish would give us an excuse to stroll home and enjoy illuminated monuments.

He poured us complementary glasses of limoncello while we waited. Both the dessert and the magical walk home convinced us that we would return to Rome.

Carol Stigger is a Chicago-based writer, teacher, and traveller who specializes in developing nation issues, microfinance, and leisure travel. carolstigger@sbcglobal.net