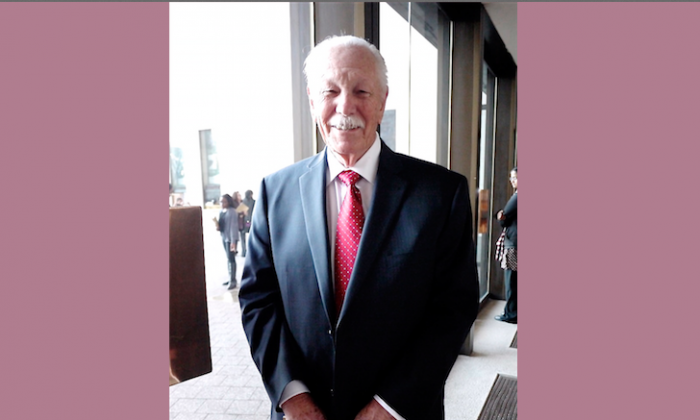 In fact, he’ll be home in time to see the one in San Diego too, he said.

Every year, Shen Yun unveils an entirely new lineup of dances, songs, and musical scores. At the core of Shen Yun’s performances is classical Chinese dance, a vast and independent system of dance.

Mr. Dees attributed the reason for returning so many times to the gracefulness of Shen Yun’s dancers, the masterful leaps and flips, and the kaleidoscope of color that pops onstage.

“I think that it’s such a graceful performance,” he said. “And I think that one of the most interesting things is the fact that the girls can take such tiny, little steps, just like they are floating … rather than just walking.”

“I don’t miss it,” he added. “We have a tendency to get so colloquial of what we see and what’s going on around us … something like this exposes us to a century’s-old culture. That it’s enlightening, it broadens your outlook on the world, really.”

After attending the performance on December 29 at Houston’s Jones Hall for the Performing Arts, Mr. Dees is now a traveler en route home to San Diego. In the past month he has visited China, Germany, Austria, France, and he was most currently visiting his family in Houston.

But his most recent excursion, an extraordinary journey through 5,000 years of a divinely-inspired culture, is forever imprinted in his heart.

Legends, myths and heroes from the pages of literary classics sprung to life. Ethnic and folk dances filled the stage with energy and color. Thunderous battle drums, soaring voices, and a full orchestra—all set to animated backdrops—transport him to other worlds.

Mr. Dees enjoyed them all, and he has his tickets ready for the shows in San Diego, running February 26-March 2.