Restaurateur on Shen Yun: ‘I knew it was going to be beautiful’ 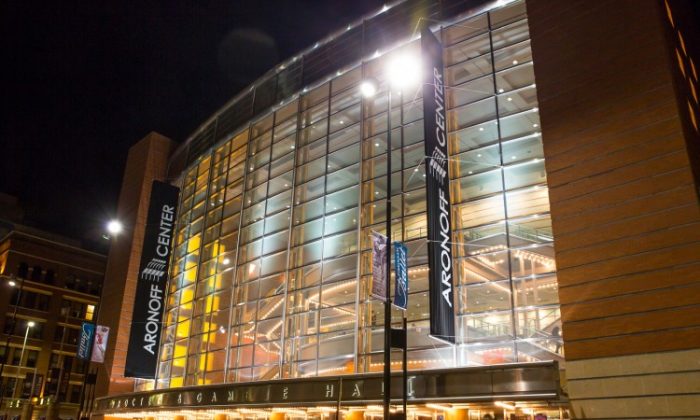 Aronoff Center for the Arts in Cincinnati. (Epoch Times)

Ms. Crandall was referring to the performance by Shen Yun Performing Arts at the Aronoff Center, which she and her husband had just seen on Thursday evening, Jan. 30.

Her husband, Roland, a retired flight safety director, agreed. “It was so beautiful and flowing,“ he said.

The New York-based Shen Yun brings 5,000 years of Chinese civilization to the world through both music and dance: classically trained dancers, award-winning singers, and a full orchestra comprised of both Eastern and Western instruments.

“I loved it,” said Mrs. Crandall, who was born and grew up in France.

The couple visited China 10 years ago, and this performance allowed them to reconnect with fond memories of their travels.

“The music and costumes are just so beautiful,” she added.

“Every costume in a Shen Yun performance is presented with brilliant colors, displaying a splendid spectacle—from the Tang Dynasty’s ‘Raiment of Rainbows and Feathers’ to imperial dragon robes, phoenix coronets, and cloud capes,” according to Shen Yun’s website.

“I bought the tickets for Christmas for my husband and I,” Mrs. Crandall said. “I said, ‘This is your Christmas present because I knew it was going to be beautiful. And it was beautiful,”

With reporting by Sharon Kilarski