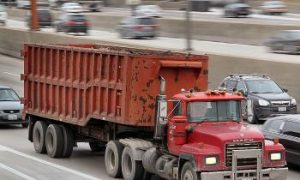 Restaurant Review: Peter Armellino of the Plumed Horse in Saratoga

The Plumed Horse restaurant in Saratoga, which was established in 1952, was remodeled about three-and-a-half years ago. Even though part of the business has a contemporary look and feel, the owners left certain areas of the restaurant the way it was before, to preserve the classic charm of the restaurant. Good examples of this are the various rooms such as the Rose Room with its dark wood, original windows, and mirrors, used for private events. There is also the Oak room, the Gold Room, the Library, and the Chef’s Table.

While dining at the Chef’s Table, in addition to being able to enjoy great food and great wine, you also have a glass window where you can see the chef cooking in the kitchen, and waiters and waitresses delivering food to the dining room. Basically you can see everything that’s going on behind the scenes. The only requirement for using the room is that there is a minimum of six guests, and that the guests order from the chef’s special tasting menu.

Chef Peter Armellino served his first dinner at the restaurant on Feb. 15, 2007, and then he and his partners closed it on Feb. 16 for renovations. They reopened in September of that year. The place received one Michelin star in October 2008. “When I had two Michelin stars at Aqua, I thought very highly of it,” said Chef Armellino. “Now that I only have one star, I am trying to figure out how to get that second Michelin star. As any chef would tell you, once they have one Michelin star they will want the second one.”

Originally from Long Island, N.Y., Chef Armellino has been cooking for over 20 years. He still has family in the New York area. “Since I was a young person (about nine years old), I knew that this is what I wanted to do,” he said. “I did not take the traditional approach and it took me a long time to really find my style and develop my style and get a clear idea of who I wanted to be. I wouldn’t change any of it; I am pretty happy with the end result. This restaurant is definitely a good expression of who I am, what I like.”

Chef Armellino has been in the Bay Area since 1999, and has worked for some very prominent chefs including Douglas Keane at Jardinière, Mark Sullivan at the Village Pub in Woodside, and Laurent Manrique at two places: Campton Place Hotel, and then later as his Chef De Cuisine at Aqua restaurant in San Francisco. Chef Armellino started cooking while he was still attending high school. Once he graduated high school, he became a cook full time. He traveled, ate, and read about and worked at a lot of good restaurants and gained experience over the years.

Currently Chef Armellino is enjoying his first gig as executive chef. “Considering that I have been cooking professionally since 1986, this is a long time for someone to wait to become a chef at [his] own restaurant,” he said. “But when I became an executive chef at this restaurant, I also became a chef at a multimillion-dollar restaurant, so I am happy with that. I was lucky to be the Chef de Cuisine for Laurent Manrique for four years at Aqua,” he said. “I had a lot of practice so when I opened this restaurant, it was successful from the very beginning. Part of what we are trying to focus on is the new directions of Plumed Horse… New style, new way of which we approach things. We kept the name to honor the restaurant but at the same time we have reinvented it as well.”