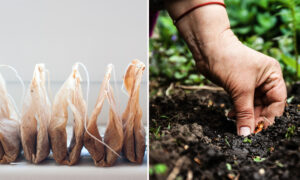 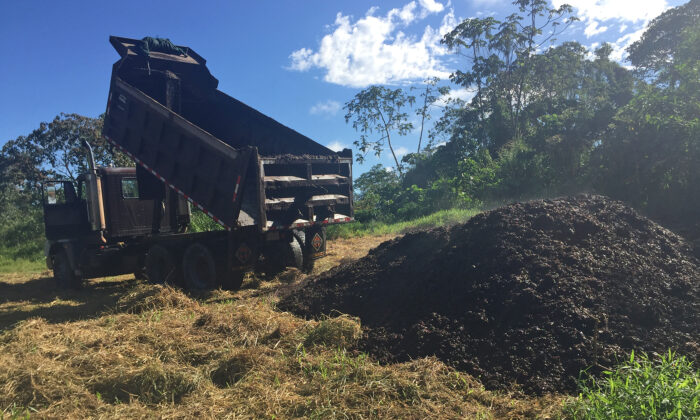 Researchers have witnessed incredible results after dumping 30 truckloads of coffee pulp, a waste product of the coffee industry, onto an area of degraded former farmland in Costa Rica. Marking out a control area of a similar size, they were astounded by the change over the next two years.

Dr. Rebecca Cole, lead author of the study—which was published in the British Ecological Society journal Ecological Solutions and Evidence—described the change as “dramatic.”

“The area treated with a thick layer of coffee pulp turned into a small forest in only two years,” Cole said, according to a press release, “while the control plot remained dominated by nonnative pasture grasses.”

In 2018, researchers from ETH-Zurich and the University of Hawai’i covered a 35-by-40-meter area on a former coffee farm in Coto Brus county, southern Costa Rica, which had undergone rapid deforestation in the 1950s, with a half-meter thick layer of the coffee pulp as part of an experiment in regeneration.

Nutrients in the pulp—a byproduct of separating the coffee bean from the cherry—including carbon, nitrogen, and phosphorous, elevated the quality of the soil stripped bare by extensive farming.

Through analyzing soil samples, recording species present and the growth of new saplings, and using drones to monitor canopy cover, the team was able to observe significant changes.

By early 2021, the coffee pulp had eradicated the invasive pasture grasses that were preventing native tree species—propagated by wind and animals—from taking root and thriving. The treated land had generated an 80-percent canopy cover.

By comparison, the control area had only generated a 20-percent canopy cover and only a quarter of the height. Nonnative grasses still dominated.

When processing byproducts such as coffee pulp incurs a cost to agricultural industries, said Cole, using them to restore the land as part of a global reforestation effort “can represent a ‘win-win’ scenario.”

That cost is environmental, too. For every two tons of commercial green coffee produced, one ton of coffee pulp is obtained, according to research from the Slovak University of Technology in Bratislava. Unless repurposed, this waste ends up in landfill sites around the globe.

Further research is needed, said Cole, to find out whether using coffee pulp to regenerate land works across a wider range of environmental conditions, how it affects soil and vegetation over time, and whether there are any undesirable effects.

“This study was done at only one large site so more testing is needed to see if this strategy works across a broader range of conditions. The measurements we share are only from the first two years,” said Cole.

However, it doesn’t just stop with coffee pulp. “This concept could be tested with other types of agricultural nonmarket products, like orange husks,” said Cole.

Collectively, the researchers hope their efforts prompt other industries to look at ways to make their own production more efficient by teaming up with the global reforestation movement.