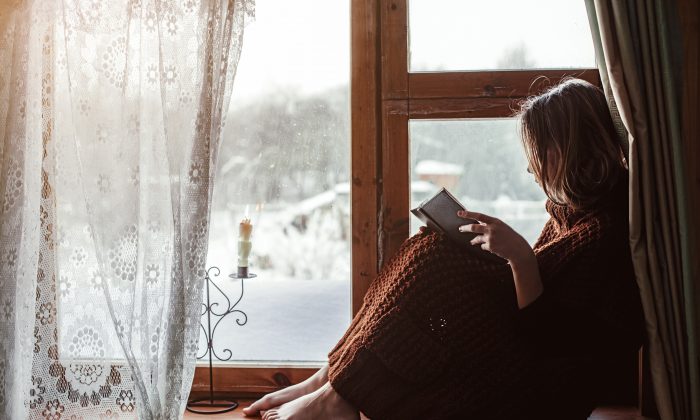 Relax … The Season Encourages It

If your New Year’s fitness goals are already floundering, you might not be entirely to blame, according to traditional Chinese medicine. A big reason may be the season.

Though the start of the new year brings opportunities to begin something new, it’s still the dead of winter, when the rhythm of nature is slow and calm. Lakes freeze, animals hibernate, and a blanket of snow quiets the landscape. All of it beckons us to follow suit.

Winter is when we should conserve our energy. This is a time of naps and nourishment, not pushing past our physical limits.

If starting a new diet or exercise routine feels like an uphill battle right now, give yourself a break. According to traditional Chinese medicine, winter is when we should conserve our energy. This is a time of naps and nourishment, not pushing past our physical limits.

Sages taught that if we model our behavior in tandem with the cycle of the seasons, we grow strong. But if we try to oppose it, it weakens us.

This ancient idea stems from the concept of yin and yang: two opposing forces found within our bodies and throughout the universe. When it comes to the seasons, winter is the most yin (cold and still), summer the most yang (hot and active), and spring and fall are seasons of transition.

This seasonal cycle is what drives life on earth. Chinese sages taught that if we model our behavior in tandem with this cycle, we grow strong. But if we try to oppose it, it weakens us.

According to the oldest surviving book of Chinese medicine, “The Yellow Emperor’s Classic,” winter is a time when yin dominates yang. If we put this pattern into practice it means going to bed early, getting up with the sunrise, treating ourselves more delicately, and refraining from overexertion of any kind.

This ancient text even cautions against too much desire or mental activity during the winter so that the mind can get ample time to rest.

A period of winter rest achieves two goals: recovering from the past year, and building momentum to get through the year ahead. It’s a time to recharge our batteries so we don’t end up running on empty.

According to acupuncturist Ashley Flores, your fitness goals won’t be such a struggle when the yang seasons are on your side. She recommends starting an intense exercise regimen in the spring or summer, because more daylight and warmer weather encourages movement.

How To Live in Harmony With Winter

Modern culture often demands a yang pace year round, but Flores says that people who push themselves too hard in winter are more likely to catch colds and flus because they’re out of sync with the season.

“What I see in the wintertime is people trying to keep their same summer schedule where they wake up early and stay up late. They don’t spend enough time sleeping and resting,” she said.

Some winter activity is necessary, even fun, but the key is to balance it out with adequate rest. Come home early. Sit by the fire. Sip a hot tea.

Try to hold off on your marathon training a few more weeks. For now, consider exercises with a slower pace, such as yoga and tai chi, which are more in line with the quiet, contemplative spirit of the season.

Protect Yourself From the Cold

Protection from the cold is a big deal in Chinese medicine. Those who fail to do so may succumb to cold-related illnesses, which often result in pain in the back, knees, and other places.

“I see a lot of people with pain somewhere in their body that gets worse with exposure to cold. It flares up in the winter even though they’re fine the rest of the year,” Flores said.

In Chinese medicine, cold diseases are treated with an application of heat. This is the time to reach for warming herbs such as ginger and cinnamon. Think of these herbs as a little yang to balance out the extreme yin of the season. Used topically or internally, warming herbs stimulate circulation and digestion, both of which can stagnate in the cold.

Another common wintertime treatment in Chinese medicine is moxa, which involves burning an aromatic herb on or near acupuncture points. The practice originated in notoriously frigid Northern China at least 3,000 years ago. Moxa is applied wherever there is pain or stagnant qi due to cold. It is burned on specific points of the feet and abdomen to help warm the entire body.

While many acupuncturists still use moxa to treat cold conditions, some use an infrared heat lamp to obtain a similar effect without the smoke or smell.

To avoid cold-related illnesses, keep your skin covered. Areas that are particularly vulnerable to cold are the neck and abdomen. If you’re prone to chills even indoors, wear a scarf or try taking a note from traditional Japanese culture, where people wear a wide belt of fabric called a haramaki (belly wrap) to protect their midsection.

“Especially for people who have low back or menstrual pain, I tell them to keep their low back and abdomen warm. If they work in an office, they can keep a small blanket to wrap around their waist,” Flores said.

Eating With the Season

Holiday gluttony often inspires people to cut back on their calories or start a juice cleanse come January. But this isn’t the time to restrict yourself to salads and raw smoothies, especially if you live in a cold climate.

“This is the time animals plump up, and eat more nourishing foods,” Flores said. “Spring and summer is actually a better time to lose weight and follow more cleansing practices.”

Eating in harmony with the seasons was a no brainer for our ancestors, who did not enjoy year-round access to berries and tomatoes imported from sunnier locales. Being forced to consume whatever was available locally, they ate foods that were best adapted to their seasonal needs.

In the spring and summer, our bodies do best with cooling yin foods, such as watermelon and cucumbers. In the winter, we need more yang foods, such as animal products, beans, lentils, and nuts. Winter vegetables include hard squash, cabbage, and kale, as well as fermented vegetables such as sauerkraut.

In winter, the energy of plants descends to their roots, so it makes sense that root vegetables, such as sweet potatoes, onions, and turnips, are seasonal favorites. Every organ has a season in Chinese medicine, and the kidneys and adrenal glands are the organs associated with winter. These organs are also considered the roots of the body because this is where our energy is stored.

In the spirit of conserving and storing energy, winter foods tend to be hearty, rich, and cooked through. Chinese tradition calls for winter foods to be simmered for a long time. This not only brings more warmth to the meal, but also makes nutrients easier to assimilate, making life easier for a digestive system that may be sluggish due to the cold. That’s why soups and stews are the top choices for wintertime fare.

Here is a yang energy recipe chock full of winter vegetables to help get you through the yin season.

Mix all ingredients, then spread on a baking sheet or in a large baking pan.

Bake until veggies are soft, stirring every 15 minutes, for about 1 hour.