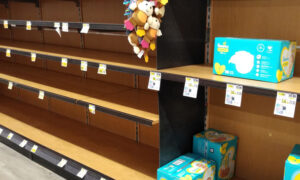 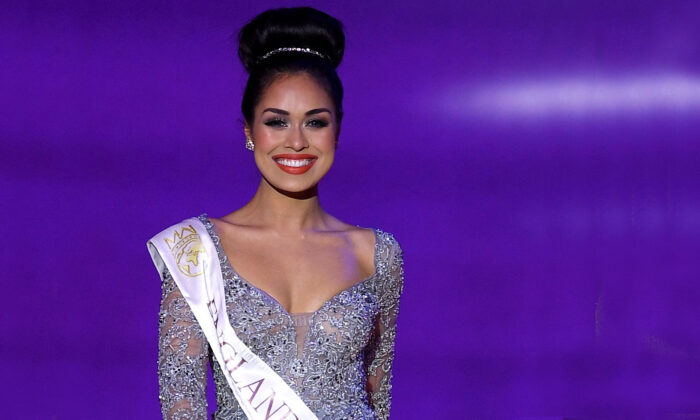 The crowned Miss England 2019, Dr. Bhasha Mukherjee, was four weeks into a humanitarian mission in India when the daily cases of the CCP virus outbreak were surging worldwide. Mukherjee, a junior doctor, made the decision to hang up her pageant sash and return to England to help out on the front lines of the pandemic.

Resuming her work as a doctor to help amid the CCP (Chinese Communist Party) virus, commonly known as the novel coronavirus, “wasn’t a tough decision,” Mukherjee told Fox News on April 7, 2020. “After India, I had several other countries that had to be cut short because of, obviously, the coronavirus,” she added. “I knew the best place for me would be back at the hospital.”

Mukherjee shared that from a few weeks back, she had been hearing that her colleagues had been taking on numerous tasks they didn’t have before and that they were working really long shifts in the hospital. “I really wanted to join in the task force right away,” she said.

The 24-year-old beauty queen was a fresh University of Nottingham graduate and qualified junior doctor when she was crowned Miss England in August 2019. She had been head-hunted from her social media pages in 2017, which prompted a return to competing in pageants, something she had previously explored.

Mukherjee began a position at Pilgrim Hospital Boston-Lincolnshire in the east of England, just one day after being crowned Miss England, and went on to compete in the Miss World pageant four months later.

According to CNN, Mukherjee had planned to devote a year to humanitarian work and return to her role as a junior doctor in August 2020. “I was invited to Africa, to Turkey, then to India, Pakistan, and several other Asian countries to be an ambassador for various charity work,” she explained.

“When you are doing all this humanitarian work abroad, you’re still expected to put the crown on, get ready, look pretty,” Mukherjee said, adding, “[but] I wanted to come back home. I wanted to come and go straight to work.”

Mukherjee, who specializes in respiratory medicine, negotiated her route home with the British High Commission in Kolkata, flying from Delhi, India, to Frankfurt in Germany, then on to London, England.

On April 6, the Independent reported that Mukherjee returned to England to observe a 14-day isolation before returning to work as a doctor for the NHS.

The young doctor emigrated from Kolkata, India, with her family as a 9-year-old child and was raised in England. In returning to the United Kingdom, she has become an advocate for reduced rent for front line healthcare workers and is also encouraging the public to vocalize their support for medical personnel as they continue to make huge sacrifices for the sake of saving lives.

As for staying safe amidst this unprecedented crisis and as events unfold, the beauty pageant winner advocates mindfulness as the best self-care measure. “It’s scientifically proven when you do an act of kindness it activates the happy sensor in your brain,” Mukherjee told Fox News.

“It’s a whole different feeling of being able to sit next to someone, give them that support and to feel needed,” she added. “Those were the biggest reasons for me as to why I went into the medical field.”

Mukherjee admitted questioning whether she was truly “psychologically ready” for the potential death toll in returning to work during the virus outbreak. However, she feels certain that the front line is where she needs to be.

“There’s no better time for me to be Miss England,” Mukherjee explained, “and helping England at a time of need.”