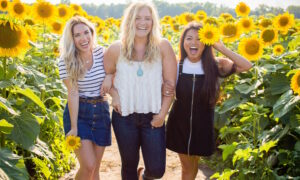 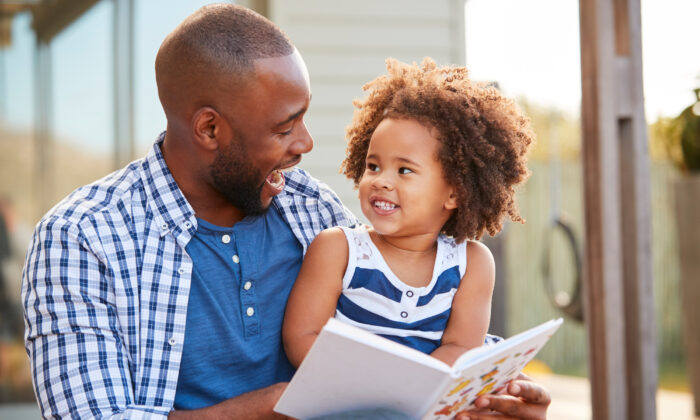 A focus on honor and character is what makes these older books memorable. (Monkey Business Images/Shutterstock)
Family & Home

Reading for Rest in a Chaotic World

“Annie, you know more about children’s literature than anyone I’ve ever known,” a friend remarked to me a while back.

Rolling my eyes, I laughingly denied this claim. “Nonsense!” I replied, “I know someone who is far more knowledgeable about children’s literature than I am!”

I was talking about a woman whom I will call the “Queen of Old Children’s Literature.” Browsing her shelves arouses delightful remembrances of books I read as a child and had almost forgotten. I indulged in this activity the other day, picking out several titles from the small bookstore she hosts in her house.

As I chatted with the Book Queen, we engaged in a short discussion of why these old books were a cut above what we have today. In my mind, the nostalgia that these 50- to 100-year-old stories awaken is not what makes them great, although it is certainly a fun benefit. The level of writing and vocabulary in these books is also a plus, but that’s not the main reason either. Nor is it the unexpected plot twists, which so surprise our postmodern sensibilities, dulled as they are by recycled movie plots redeemable only through an abundance of special effects.

The heart and soul of these books is the honor and character they effortlessly impart and implant in one’s mind.

Take a book that I recently discovered on Project Gutenberg by early-20th-century author Grace S. Richmond. I have read a number of Richmond’s stories before, but had never explored “The Second Violin,” a book which she wrote in 1906.

Richmond’s plot involves a family of five children, three of whom are in their late teens and early 20s. These young people are left to take charge of family affairs when their mother is taken ill and their father must travel with her to another state to aid her recovery. I’m only a few chapters in, but I’ve already discovered several lessons in this story.

When faced with the news of tightened finances and family illness, the oldest three children put their desires on hold. Instead of howling about their rights to higher education, as many would today, or even doing the admirable thing of continuing with college but working to pay their own way, they sacrifice and accept the responsibilities of adulthood for the good of their parents and siblings.

The sacrifices of these young adults would be meaningless but for the strong work ethic that enables them to carry out their resolutions. The oldest seeks a job to provide for the family and looks for it not in the law offices or other intellectual fields in which he would be more comfortable, but in mechanic shops in order to gain manual labor experience. The youngest daughter, an abject failure as a cook, is thrust into the role and refuses to give up despite many setbacks and struggles.

Modern society often approaches life’s difficulties with an “it’s-not-my-problem” attitude. We expect the government to pick up the slack for those who are in dire straits and we often prefer to keep to ourselves instead of spending time with others. That’s not the case in Richmond’s story. Her characters take time to care for the less fortunate, assuming extra responsibilities upon themselves in doing so.

When the youngest member of the family’s failure to follow through on a task causes a severe accident, he steps up and confesses his role, bravely taking flak for something he could have covered up, and resolving to make things right.

Finally, the familial love shown in Richmond’s story is rare to see. They’re certainly not perfect, squabbling over trifles or flaring up in anger at each other’s flaws, but they stick together, honoring their parents and seeking to cause them as little worry as possible.

Perhaps it is this emphasis on family that truly makes these stories great. As Bill Lind notes in his book “Retroculture: Taking America Back“:

“We can also learn a great deal about how families kept themselves strong in earlier times from books. Much of the literature from our nation’s history revolves around family life, because it was so central; it was much more important than what governments or schools or even churches did.”

In a world that’s increasingly careening out of control, I find a certain sense of rest in digging out these old stories and indulging in them. But while I may be indulging myself, I’m also being challenged to strive toward a more virtuous standard of living.

I’ll be the first to admit that the qualities listed above don’t come easily. It’s hard to take responsibility, think of one’s self less, and show love to others.

Yet these qualities are what once made our country and its people great. If we want to return to that greatness, then perhaps we would be wise to give ourselves more of a glimpse into what we are missing, in hopes of inspiring ourselves to live out the same qualities.

Looking for an easy place to start? I recommend the three–volume set of “Great Stories Remembered”!